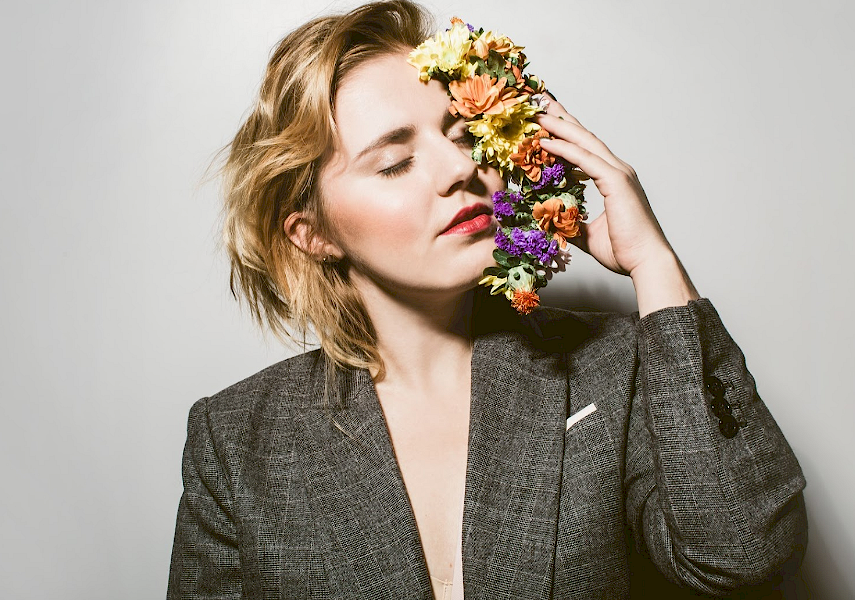 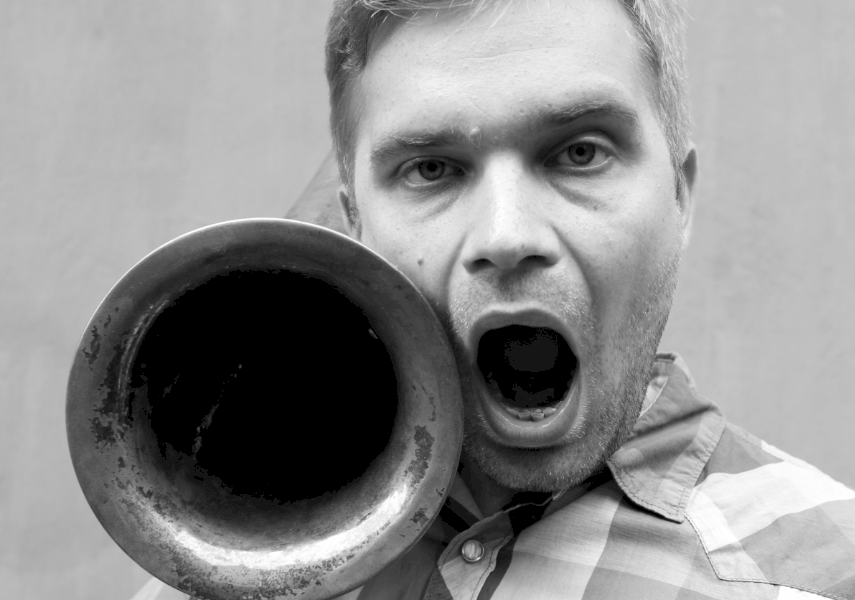 The idea and title of the current exhibition project were proposed by the head of Palanski Art, Zvonimir Kostić Palanski. Palanski Art is an international art association founded in the Serbian city of Niš, whose core membership is comprised of former and current Serbian art lectors, artists and art theorists. In addition, the association has extended membership to chosen artists from all over the world: Japan, Germany, Brazil, South-Korea, Norway, Australia, the Netherlands and elsewhere, including Estonia. The theme of the exhibition, “Thirteen Ways of Looking at a Blackbird”, is inspired by a poem from an American modernist writer Wallace Stevens. Wallace Stevens has won the Pulitzer Prize with his symbolic-philosophic poetry, and “Thirteen Ways of Looking at a Blackbird” is amongst his best known works. In some form, this exhibition is an experiment in international relationships and collaboration. Inspiring ideas emerge, evolve and engage artists of varying ages with unique handwritings from many different regions. A multilayered themed exhibition is formed as a result of this mutual creativity, where blackbirds get collectively looked at in many more plentiful ways. In addition to the Serbian artists, creations of Tartu Art College’s artist-lectors and students are also exhibited. The exhibition was composed and the students of TAC were instructed by Eve Eesmaa and Ave Avalo. The exhibition is organized by Tartu Higher Art School.

The highly anticipated sophomore effort from an Israeli director, who has returned five years after her successful debut, Bombay Beach, to uncover the essence of the universal emotion of love – a documentary essay interweaving three true life stories and exposing naive notions of the existence of a “true” love that is free of pain”. Three protagonists guide us through their personal stories: the Alaskan stripper Blake, the Hawaiian-raised freethinker Willie, and a New Yorker named Victory, who sings about her sorrow. The unconventional form combines authentic material from the protagonists’ daily lives, stylized scenes probing their frequently grim pasts, and additional sequences seeking possible future trajectories for each of them. The film, which may seem too headstrong from a rational viewer’s perspective, uses the sharp turns of a fixed emotional course to uncover the essence of something as universal as love, whose subtle nuances surface under the hypnotic soundtrack by the American musician Flying Lotus. More info on the film can be found at www.kumu.poff.ee

At the spring Tallinn Fashion Week, Estonian fashion designers showcase their collections. All info on program, tickets and more is available at www.estonianfashion.eu

Anett is a singer who began her solo career in 2015, reaching the Eesti Laul 2016 semifinals with her first single “Strong”. However, she began her music studies already at the age of 11 and her singing career took off when the singer decided to continue her music studies in London. Anett herself has said that her experiences in London had given her the courage and inspiration to start writing music. Music that will be performed together with Mattias Sarapuu on piano, Jorven Viilik on bass and Jan Kulbin on percussion instruments, is gentle and simple, creating a charming combination with the piano, deep bass and percussion instruments. Find out more about the concert at www.jazz.ee

Free Jazz collective PLOP is turning 10 years old in 2017, but luckily this pre-teenager is just about to take off. PLOP consists of three young Finnish jazz veterans: Mikko Innanen, Ville Herrala, and Joonas Riippa who explore the conception of freedom further away from the rhetoric. The music making of PLOP comes across as light, but from time to time, when the audience can least expect, the musicians dive into the depths. PLOP music and communication is like life itself: best when smiling. The trio has released three albums: An Sich (2009), Per Se (2013) and Unicorn (2015). Find out more about the concert at www.jazz.ee

Vera Veisa (1947) is a professional sculptor, who has created sculptures, as well as small molds and medals. While working at the Riga Porcelain Factory, she created very expressive figurines. Later, she began working with other sculpting materials – stone, bronze and fire clay. The exhibition will feature not only the artist’s well-known porcelain pieces, but also other ceramic works and sculptures. More information is available at www.porcelanamuzejs.riga.lv

The Museum of Decorative Art and Design will display the 20 best works of the National Design Award of Latvia. The National Design Award of Latvia is an annual national design industry competition with a goal to identify, evaluate and promote the best accomplishments of Latvian designers, thus facilitating long-term development and growth of the Latvian design sector. Information on the exhibition is available at
www.dizainabalva.lv

Four years ago, Tom Odell with his first single, Another Love, made it straight to UK Top 10. A year after that, the British singer-songwriter was nominated for the BBC Sound of 2013 poll. At the British Phonographic Industry annual award ceremony the same year, Odell was named the winner of the Critics’ Choice Award, previously won by artists such as: Adele and Florence and the Machine. So far, Odell has released two successful studio albums – Long Way Down and Wrong Crowd. Odell and the band recorded Long Way Down live in the studio. Melodic pop music lovers appreciated it, and the album reached No. 1 on the UK Official Chart. Most Odell’s songs are piano ballads centered around the interplay between piano sounds and his voice, which is particularly moving during his live performances. Odell has previously performed in Latvia during Positivus music festival. He demonstrated excellent vocal skill during his performance on the Main Stage, drawing one of the largest crowds of spectators. More info on the concert is available at www.fbi.lv and tickets can be purchased via www.bilesuserviss.lv

Everybody is invited to mark the Spring Equinox on Sunday, March 19, with a sunrise ceremony from 6:00-8:00AM at Arkadija Park. During the event, participants will wash faces in the Marupite river. A sunrise ceremony with songs, willow and birch twigs, swings and other rituals to ensure fertility, health and beauty will take place. To create the right mood for the event, take willow-catkins, budding birch twigs, and colorful yarn ribbons to decorate the swings, and of course, painted Easter eggs as offerings for swings, fortune telling, competition, eating, presents,  and treats from 1PM until 4PM. The Spring Equinox celebration will be at Livi Square. The event is organized by the Latvian Folklore Society, traditionally with participation of Riga folklore groups. The entrance is free of charge.

Riga Orchestra will open the spring festival WINDSTREAM with a specially-designed and fresh program that will mark a bright start of the spring. Contemporary original pieces have been selected for the concert, and composers use flamenco, tango and jazz elements and rhythms in their music. Luis Serrano Alarcon represents Spain, Robert Russell Bennett represents the US, and Manfred Schneider represents Germany. The concert will be opened with jazz classics - George Gershwin’s Cuban Overture. Learn more about the concert at www.orkestris.riga.lv and buy tickets online via www.bilesuparadize.lv

The Lithuanian public will have an exceptional opportunity to hear solo recitals of an outstanding piano virtuoso Kasparas Uinskas. He will present a magical and romantic program called Moonlight Sonata. Kasparas Uinskas will perform the famous Moonlight Sonata by Ludwig van Beethoven, as well as opuses by romantic genius Frédéric Chopin: his Sonata No. 3, Scherzo No. 3 and two Nocturnes Op. 27. Kasparas Uinskas is an internationally acclaimed pianist, praised by critics for his virtuosity and romantic style. Mr. Uinskas is performing at the most important world concert halls – New York’s Carnegie Hall, Berlin Philharmonie, London Wigmore Hall, Madrid Auditorio Nacional, J. F. Kennedy Center in Washington, DC, among others. Mr. Uinskas is a frequent guest at many international music festivals throughout Europe and the USA. His repertoire includes works by a wide range of composers, from Johann Sebastian Bach to 20th Century, however composers of the romantic era dominate a significant part of his repertoire. Find out more about the evening program and ticket purchase at www.filharmonija.lt

The only show in Lithuania by the cult Brit rock group Jethro Tull and its founder and soul Ian Anderson will take place on March 10, 2017. The leader of the band, well-known by music lovers will present the program the Best of Jethro Tull, which includes classical, best songs of all time, and also new compositions. Amazing creative potential, endless energy, many released albums, and more than 60 million sold records – all this is a common history of Ian Anderson and Jethro Tull. So, it is obvious that this concert will become a tasty dessert to all music gourmets following and loving the creations of Ian Anderson, who will celebrate his 50th anniversary on stage. For more information on the concert please visit
www.compensakoncertusale.lt

The song Lithuania, My Dear, according to the text of Maironis, has become the second anthem of Lithuania. This title correlates to the occasion of tonight’s gala concert – March 11th, the most important date of Lithuania’s new history. The Kaunas State Choir, led by Petras Bingelis is the protagonist of this celebration. Lithuania, My Dear, arranged by Julius Juzeliūnas, whose centenary was celebrated last year, will crown the concert as a symbol of Lithuania’s unity. The program also features the gems of Lithuanian choral music written more than a century ago and after the Restoration of the Independence of Lithuania. Sir Yehudi Menuhin, under whose baton the choir has repeatedly appeared in Europe’s prestigious concert venues, named the collective “the choir of the highest order”. In addition to large-scale classical masterpieces, performed in collaboration with such legends as Justus Frantz, Mstislav Rostropovich and Krzysztof Penderecki, the choir greatly contributes to the promulgation of Lithuanian music. Choral music by Čiurlionis, Naujalis, Sasnauskas, Dvarionas, Juzeliūnas, Kutavičius, as well as opuses by younger composers, occupy a special place in the choir’s repertoire and abundant discography. Find out more and buy tickets at www.filharmonija.lt

On the evening of the 16th of March 2017, you’re welcome to the annual sustainable gastronomic restaurant safari in Vilnius. Try out the participating restaurants, and taste sustainable local product dishes on one evening, for the cost of one dinner. A world of flavors awaits you, as the best chefs in Vilnius present their signature dishes for you to taste. So, prepare for this special evening with your friends and loved ones, go on a food adventure, mingle with others, and enjoy a great sustainable evening in Vilnius on any of the three routes available. All restaurants will provide a vegetarian option. Detailed information on the routes, venues, tickets and more can be found at the website of the  organizers : www.sustainablevilnius.com/events/vilnius-gastro-2017/

Mados Infekcija was started in 1999. Once a year (in spring), its schedule involves catwalk shows, exhibitions, seminars, showrooms and free events for fashion devotees. The festival is distinguished for its conceptuality. The aim of the event is not to show and create trends or to be a fashion dictator, but to help people develop an individual style and attitude towards fashion, and to apply the knowledge in everyday life. Bohemian spirit, extraordinary and unconventional fashion shows, the fuse of music, video, photography and other fields of art, make the festival a unique 2-day experience of fashion, which takes place in the capital of Lithuania--Vilnius. Mados Infekcija breaks traditional boundaries of fashion weeks, as it is available for everybody and has a purpose to spread the knowledge of fashion among people. Please visit the festival’s official webpage www.madosinfekcija.lt for more information.