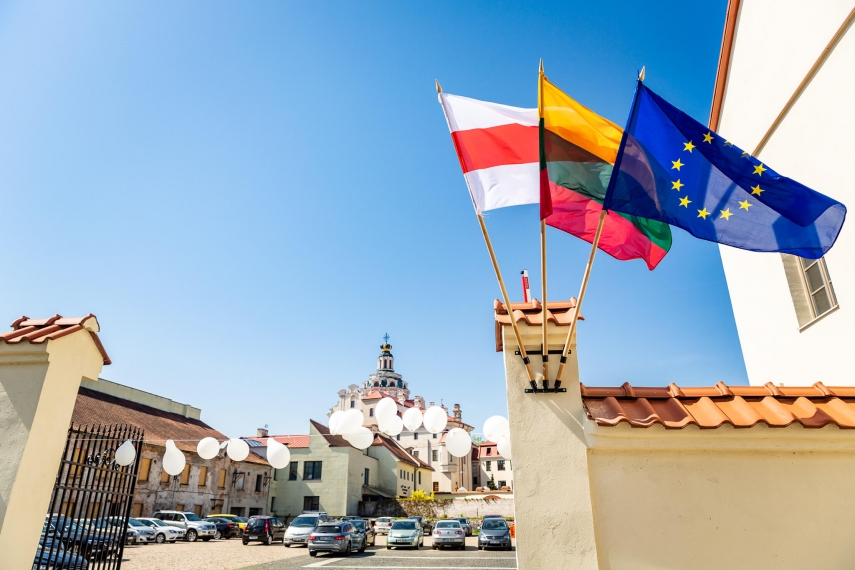 VILNIUS - On May 3, the European Humanities University (EHU) begined its operations in the new campus in the former Augustinian monastery in the Vilnius Old Town. During the Opening ceremony, distinguished guests from Lithuania and other countries of the European Union (EU) congratulated the whole EHU community on this special day.

The Opening ceremony began with a welcoming address by the University Rector Prof. Sergei Ignatov. After that, the distinguished guests will deliver speeches to the community and friends of EHU. Among the Ceremony speakers were Vice Minister for Education and Science Dr. Giedrius Viliūnas and Vice Minister for Foreign Affairs Darius Skusevičius. Andrei Kviatsinski OFMCap of the St. Bartholomew parish in Užupis will sanctified the premises of the University.

“It is very symbolic that in the year of the 25th anniversary, EHU, finally, will be able to obtain a new home in our host city of Vilnius. The possibility for all members of the University community to work under one umbrella of the magnificent former Augustinian monastery will bring an added value to the quality of studies and research at EHU. We are grateful to Lithuania for the continuous trust and support demonstrated throughout all these years of working in Vilnius”, comments Chair of the EHU Governing Board Per Carlsen.

After 12 years of operations in Minsk EHU was forced to leave Belarus and continue its operations in Vilnius, which was made possible thanks to the support of Lithuania and EU. During 25 years of EHU operations, 3044 alumni have graduated from the University. The majority of them have returned home and now are working in Belarus. Since autumn 2005 EHU shared its campus with the Mykolas Romeris University. In October 2017, the XVII Government of Lithuania took a decision to provide the former Augustinian monastery premises in the Vilnius Old Town for the needs of EHU.

Late 18th century-built and fully renovated former Augustinian monastery is located in the intersection of Savičiaus and Bokšto streets, roughly 200 meters away from the Vilnius Town Hall. Original interior fragments, as the 19th-century frescoes and pavement were preserved during the 5-years long restoration works.