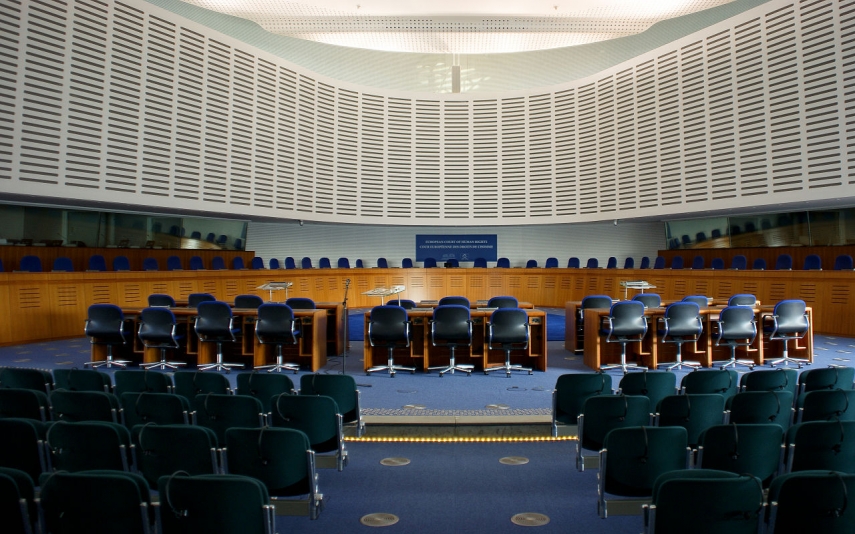 TALLINN - The European Court of Human Rights (ECHR) handled 133 complaints against Estonia last year, eight of which were admitted to proceedings and in one case the court decided that Estonia had violated the applicant's rights, public broadcaster ERR reported.

The seven other cases admitted to proceedings involved rights relating to imprisonment and judicial process.

"The court rules most complaints as inadmissible without even notifying the state," Estonia's representative to the ECHR Maris Kuurberg told ERR. "The court rendered a judgement with regard to 133 cases and only eight of those are public -- those are cases in which the ECHR has requested the state reply to the complaint, and the decision is made after the state has submitted its objections," Kuurberg said.

The violation by Estonia concerned Article 8 (right to respect for private and family life) of the European Convention for the Protection of Human Rights and Fundamental Freedoms, the annual report of ECHR reads.

"The applicant submitted that the presence of the prison officers during his hospital visits for medical examination in 2010 and 2011 had violated his rights under Article 8 of the Convention. The prison officers had overheard his conversations with doctors and, during his own examinations, there had been no screen between him and the members of the escort team. The applicant also considered it to be a violation of his rights that his visit to his newborn daughter in hospital was carried out at the wrong time, thereby restricting the duration of his visit and, despite the doctors' permission for the applicant to touch his child, the the prison officers had stopped him from doing so," the judgement reads.

Due to the applicant having caused bodily harm to another inmate and public officials, the prison authorities decreased his contact with other prisoners and considered it necessary for the applicant to wear handcuffs and ankle cuffs for the duration of his hospital visits. The ECHR decided no violation had occurred with regard to the implementation of those measures. However, according to the court's judgement, the matter of the applicant's visit to see his child involved a breach of his rights.

"The ECHR regarded it important that the applicant had filed a corresponding complaint in Estonian courts, which had dismissed his claims without addressing these complaints at all. Even though the court finds itself prevented from making a substantive assessment on the merits of this particular complaint, given that the applicant's complaint was dismissed without any reasons being given for such a decision, the court concludes that the domestic courts' handling of the applicant's complaint fell short of the state’s positive obligation. Accordingly, it finds that there has been a violation of Article 8 of the Convention," the court decided.

Such statistics indicate that Estonian courts sufficiently take into consideration the principles of the convention, thus the ECHR has no reason to initiate proceedings in the majority of cases, Kuurberg said.

"The most important principle of the convention system is subsidiarity -- the presumption that states avoid violations or remedy them internally, particularly with regard to matters in which the ECHR has already formed an opinion," Kuurberg noted.

As of January 1, the number of complaints registered by the ECHR against Estonia totaled 68, of which 28 pending cases require the government's position in the matter.