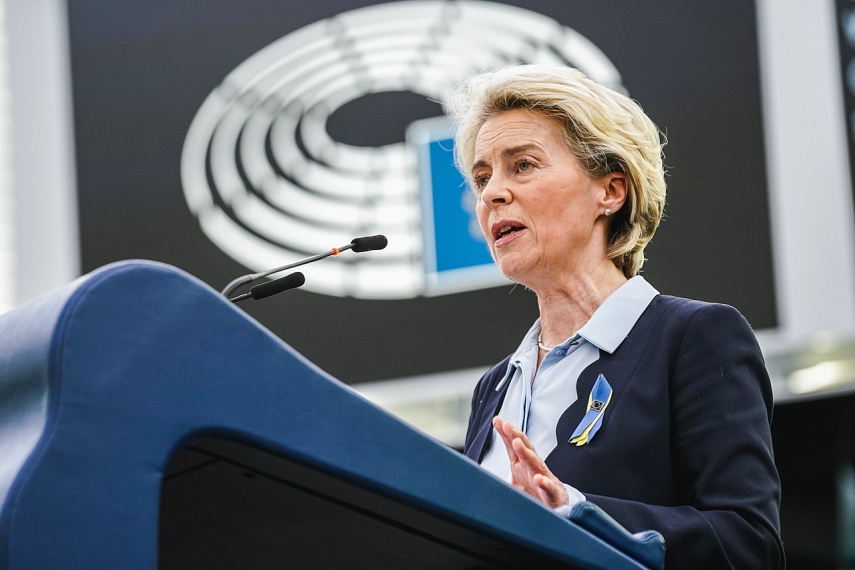 BRUSSELS - The EU said Wednesday it was "prepared" for Moscow to suspend gas supplies to the 27-nation bloc and is planning a "coordinated" response after Russia's Gazprom turned off the taps to Poland and Bulgaria.

"Gazprom's announcement is another attempt by Russia to blackmail us with gas. We are prepared for this scenario. We are mapping out our coordinated EU response," European Commission chief Ursula von der Leyen said on Twitter.

"Europeans can trust that we stand united and in solidarity with the member states impacted."

Earlier, Gazprom had announced the halt of gas to both Poland and highly dependent Bulgaria after not receiving payment in rubles from the two EU members.

President Vladimir Putin had said last month that Russia would no longer accept payments in currencies other than the ruble in retaliation for the West's economic sanctions against Moscow over its invasion of Ukraine.

The war, which is now entering its third month, has laid bare the extent of the EU's dependence on Russian gas, which accounts for 45 percent of its gas imports.

Bulgaria and Poland have both said they will be able to make up the shortfall from other sources.

"We have been working to ensure alternative deliveries and the best possible storage levels across the EU," von der Leyen said in a statement.

"Member states have put in place contingency plans for just such a scenario and we worked with them in coordination and solidarity," she continued.

"A meeting of the gas coordination group is taking place right now."

Von der Leyen slammed the unilateral move by Russia as "unjustified and unacceptable".

"And it shows once again the unreliability of Russia as a gas supplier," she added.