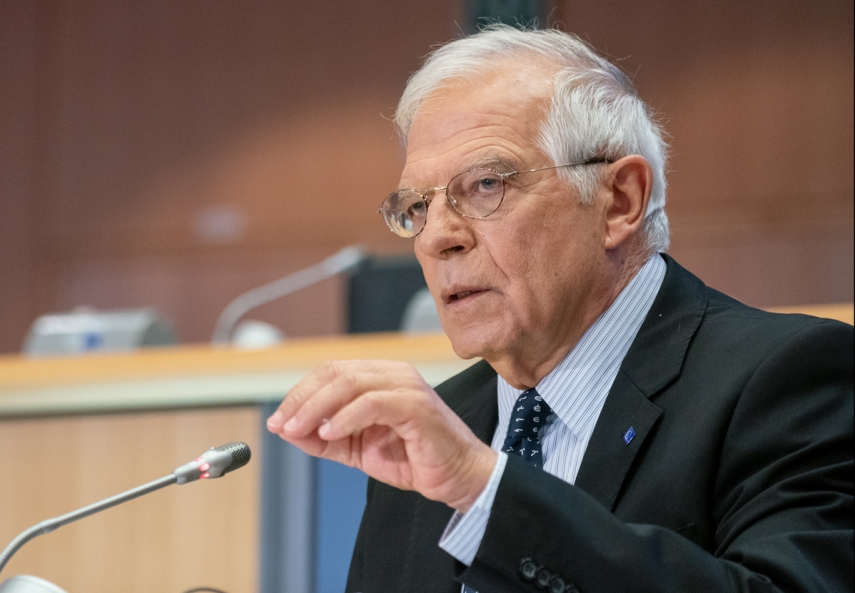 "The heads of state and government asked us on Monday (at a summit) to propose sectoral economic sanctions, something that we are not used to doing in the EU, and there are some that immediately come to mind," Borrell said in an interview in Lisbon on Wednesday.

"Belarus is a big exporter of potash: USD 2.5 billion [per year]. Everything goes through the Baltic countries. It's easy to control it, if you really want to," he said.

"One can also imagine that the gas which arrives in Europe via Belarus could come to Europe via another pipeline, and Belarus would lose the transit fees, which is not negligible," he added.

EU leaders hit back at Minsk, agreeing to ban Belarusian airlines from the bloc and urging EU-based carriers not to fly over its airspace.

The leaders also tasked Borrell with coming up with further "targeted economic sanctions" against the Belarusian authorities to add to the 88 regime figures and seven companies already on a blacklist over a crackdown on the opposition.

"Hijacking a plane to stop a passenger, that required a strong reaction. We made decisions on the spot Monday for air transport and they will hurt. But the European leaders have asked for more. If we did not now employ the language of power, that would have been proof that we did not want to do it," Borrell said.

"Europeans are still hesitant about economic sanctions, but this time, we really have to take measures that Lukashenko will feel," he stressed.

"I don't think it will take a long time to decide. If we want to do it, we can do it quickly," he insisted.

EU foreign ministers meeting in Portugal on Thursday were set to begin discussions on the Belarus sanctions -- but no decision was expected immediately, Borrell said.