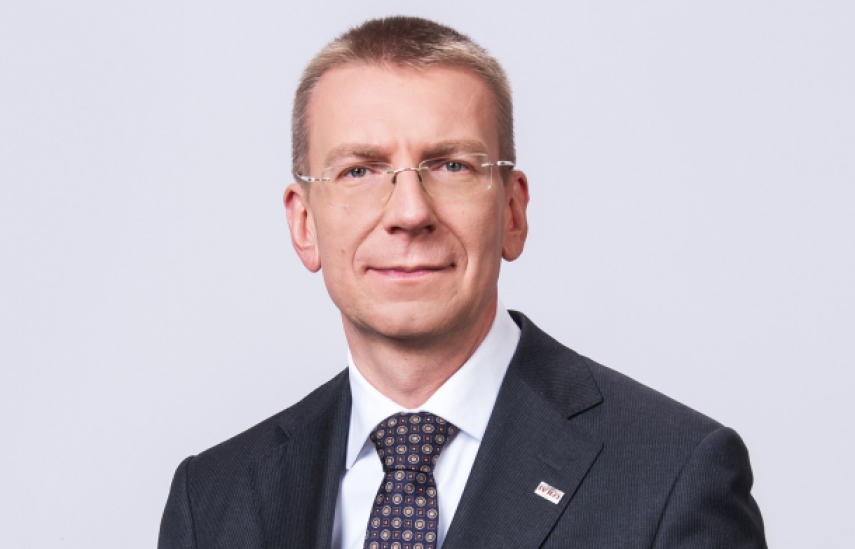 RIGA - On April 1, in Palanga, Latvian Foreign Minister Edgars Rinkevics took part in the 7th meeting of Foreign Ministers of the Baltic states and Nordic countries (NB8) and the Visegrad Group countries (V4), LETA learned from the ministry.

The ministers shared views on current European Union issues and security policy, including the future of the Union, the EU’s Multiannual Financial Framework, relations with Ukraine and Eastern Partnership countries, the transatlantic link, and preparations for the upcoming NATO Foreign Ministers Meeting on April 3-4.

At the plenary session on global trends and challenges, the Latvian Foreign Minister drew attention to the EU’s relationship with China. The Minister said he was convinced that Europe’s focus on China was greater that of China on Europe, which was because of the country’s still rapidly growing economy and its investments in Europe and elsewhere in the world.

“The rapid growth of China’s political, economic and military weight triggers geopolitical change not only in Asia, where the traditional US dominance is increasingly being superseded by that of China, but also globally. That is why we must call on China to demonstrate responsibility that corresponds to its influence and benefits as well as urging the country to invest accordingly in ensuring the international system and to engage constructively in resolving global challenges. Regardless of differences in the European and Chinese mindset, we have found common touchpoints or common denominators on the issues such as climate change, Iran, North Korea, and Afghanistan. Consequently, this is not about China being a threat or an opportunity, a competitor or an ally. We cannot afford a black-and-white perspective of this kind. We must find the real balance in the relationship with China so that we could protect our interests vis a vis China, whilst remaining true to European values,” Rinkevics pointed out.

The Minister also underlined that the needed balance should be found in Europe’s relations with China so as to consistently promote and protect the EU’s interests. The EU should also take advantage of China’s expertise.

In the context of transatlantic relations,Rinkevics noted that the EU and the US were the closest strategic allies and transatlantic unity was indispensable for European and global security. In the light of improving the EU-US trade relations, Latvia supports the launch of formal trade negotiations between the EU and the US, which would include talks on the abolition of tariffs on goods import, and cooperation in the matters of conformity assessment. The Three Seas Initiative has the potential of becoming an instrument for a broader involvement of US companies in infrastructure projects in Central Europe and other EU Member States in order to modernize transport and energy interconnections and to create a positive synergy with regions neighboring the EU.

On previous occasions, the Foreign Ministers of the Baltic States and Nordic countries – Denmark, Estonia, Finland, Iceland, Latvia, Lithuania, Norway and Sweden – and the Visegrad Group of countries – the Czech Republic, Hungary, Poland, and Slovakia – met in the NB8+V4 format in Gdansk, Poland (2013), Narva, Estonia (2014), the High Tatras of Slovakia (2015).