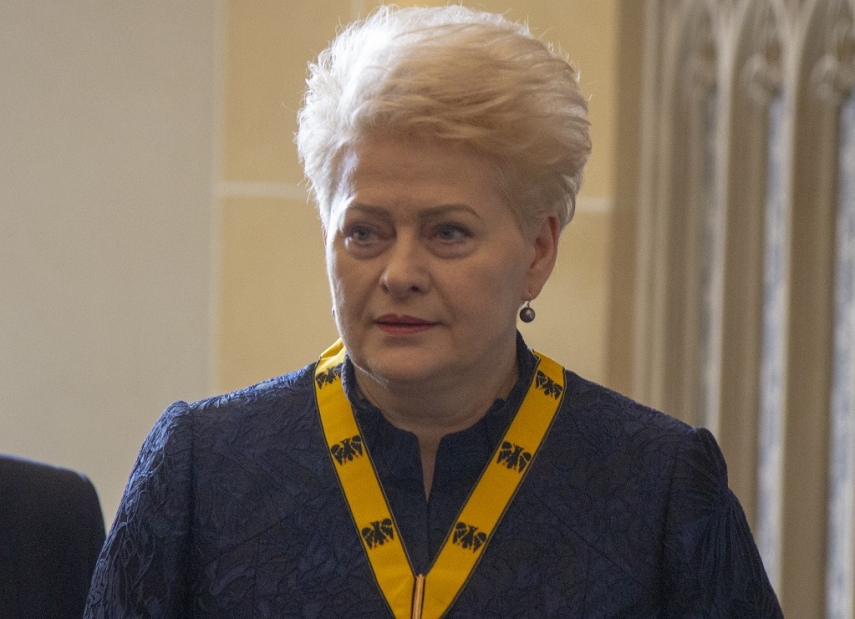 VILNIUS – Leaders of EU countries have less and less influence on talks on the distribution of the top posts, with Europe's main parties taking over the initiative, Lithuanian President Dalia Grybauskaite warned on Thursday.

"If only the distribution (of posts) among political parties happens, so that will mean a step to the side from the European treaties, and this way the role of the European Council will be weakened with the hands of those very leaders," Grybauskaite told journalists in Brussels.

EU leaders are due on Thursday to discuss candidates for the European Commission president, foreign policy chief and other high-ranking positions.

State leaders want to control the appointment process and to maintain the balance between men and women, East and West, smaller and larger EU countries.

Grybauskaite says letting the largest political groups in the European Parliament to negotiate "does not allow maintaining this balance right now."

Discussions at the European Council are exacerbated by the fact that leaders representing several European political parties might veto the European Commission president's nomination to the European Parliament, with the EU's heavyweights France and Germany disagreeing on the candidate for this position.

To make things even more complicated, four political groups forming a coalition in the European Parliament also disagree on their candidate for EC president.

Grybauskaite said ahead of the talks on Thursday there's as much of "uncertainty and that chaos" as it has been so far.

Manfred Weber, a conservative MEP from the German state of Bavaria, is named as one of the potential candidates to lead the European Commission. He's now the leader of the EP's largest political group, the EPP (European People's Party).

The final candidate must be backed by at least 21 out of 28 member states and the majority of the 751 MEPs.