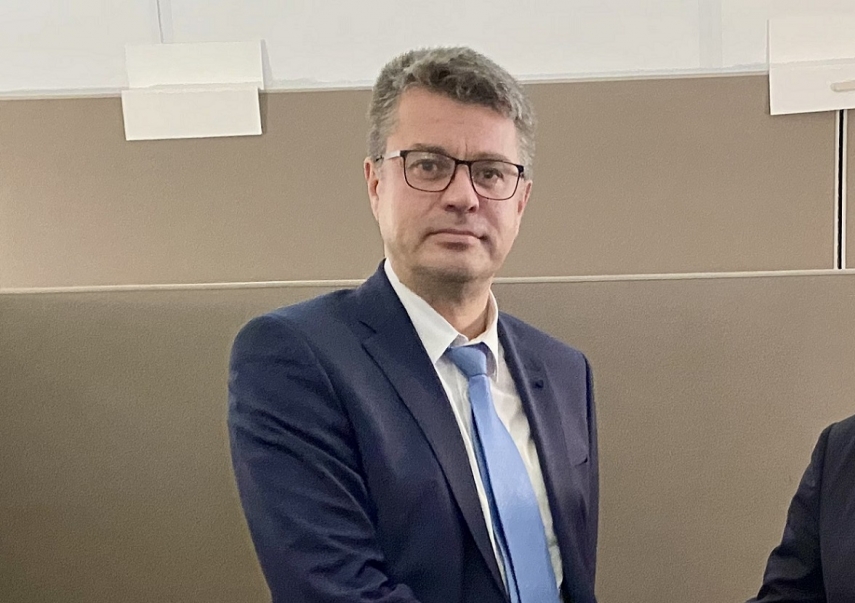 TALLINN - Estonian Foreign Minister Urmas Reinsalu attended a meeting of the European Union's Foreign Affairs Council (FAC) in Luxembourg on Monday, where he emphasized the need to hold Russia accountable for the crime of aggression and war crimes in Ukraine and welcomed the decision to set up a military training mission for Ukraine’s armed forces.

At the meeting, Reinsalu raised the issue of holding Russia accountable for its aggression against Ukraine.

He added that Estonia also supported the International Criminal Court’s investigation into the crimes against humanity, genocide and war crimes committed in Ukraine.

To provide continued support to Ukraine, EU foreign ministers decided to adopt additional assistance measures under the European Peace Facility with a tranche worth 500 million euros, where Estonia is also a contributor. Nearly 17.7 million people are now in need of humanitarian aid in Ukraine as a result of Russia’s war. Estonia has provided Ukraine with humanitarian aid worth nearly 21.6 million euros so far.

The ministers agreed to set up a Military Assistance Mission in support of Ukraine (EUMAM Ukraine) to enhance the defence capabilities of Ukraine.

"The aim of the mission is to offer Ukraine’s armed forces urgent and long-term military training in a sustainable way in line with their needs," Reinsalu said.

"Estonia’s goal is to help Ukraine meet the requirements of the roadmap by late June 2023, which would make it possible to make the decision on launching accession talks the same year and provided the necessary requirements are met, Ukraine could achieve EU member status by the end of this decade," Reinsalu said, adding that the action plan for the European Union accession process was approved by the government last week.

Reinsalu stressed that Estonia considers it crucial to continue raising the cost of the aggression for Russia, including by immediately starting work on the ninth sanctions package. At the start of the meeting, EU foreign ministers were joined by Ukraine’s Foreign Minister Dmytro Kuleba from a bomb shelter, having been woken by a Russian missile attack on Kyiv on Monday morning.

Discussing the situation in Iran, the foreign ministers decided to impose sanctions on 16 individuals involved in human rights violations during the protests in Iran.

"I condemn the systematic restrictions on fundamental freedoms and rights in Iran and recognize the bravery of young people -- especially women -- in standing up to injustice," Reinsalu said.

The foreign ministers also agreed to send a monitoring capacity to the Armenia-Azerbaijan border. Its initial mandate is two months and it can have up to 40 observers. The meeting also included preparations for the UN Climate Change Conference (COP27), discussions on the escalation of the conflict in Ethiopia and the coup in Burkina Faso, as well as the Global Gateway initiative that included the Tallinn Digital Summit last week.

From Luxembourg, Reinsalu will travel to Berlin, where he will speak at a foreign policy forum of the Korber-Stiftung think tank on Tuesday and meet with German Foreign Minister Annalena Baerbrock.