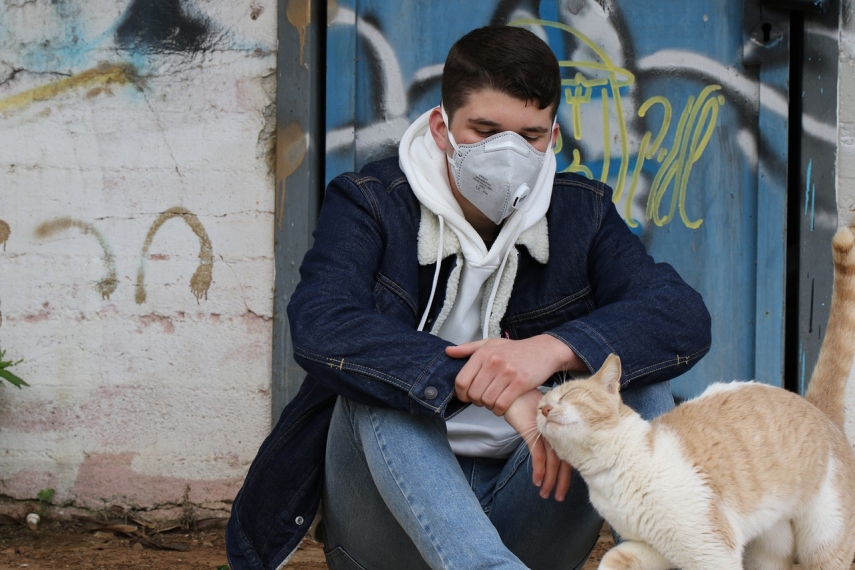 RIGA - The EU's drug watchdog on Friday approved the Pfizer/BioNTech coronavirus jab for 12 to 15-year-olds, the first vaccine to get the green light for children in the bloc.

The vaccine was "well tolerated" in adolescents and there were no "major concerns" in terms of side effects, the Amsterdam-based European Medicines Agency said.

The move will be a further boost for Europe's vaccination program, with Germany saying it will start giving the jab to children over the age of 12 from next month.

The United States and Canada have already authorized Pfizer for adolescents.

"As anticipated, the EMA's Committee for Human Medicines has today approved the use of the vaccine from Pfizer/BioNTech in adolescents from 12 to 15 years," Marco Cavaleri, the EMA's head of vaccine strategy, told a news conference.

Until now the shot made by US pharmaceutical giant Pfizer and German research firm BioNTech had only been authorized by the EU for people aged 16 and older.

EU Health Commissioner Stella Kyriakides hailed it as "one step closer to ending the pandemic", but said people would still have the choice about whether their children should get the jab.

"Beyond the decisions of governments, this is ultimately a decision to be made by parents for their children," she said on Twitter.

With EU countries trying to expand their vaccination coverage, EMA chief Emer Cooke has said the regulator fast-tracked the approval, which was originally expected in June.

The watchdog insisted that it had taken the necessary steps to ensure it was safe.

Trials showed the Pfizer vaccine was "highly preventative" for Covid-19 in children, the EMA's Cavaleri said.

None of the 1,005 children who received the vaccine in a trial developed Covid-19, compared to 16 children out of the 978 who received a placebo injection.

"From a safety perspective, the vaccine was well tolerated and the side effects in this age group were very much similar to what we have seen in young adults and not raising major concerns at this point in time," Cavaleri said.

The EMA confirmed it was looking into "very rare" cases of heart inflammation in people aged under 30 who had been given the Pfizer vaccine.

"Currently there is no indication that these cases are due to the vaccine and EMA is closely monitoring this issue," it said in a statement.

US authorities have also reported a small number of reports of heart inflammation among some younger people who Pfizer and Moderna, which uses the same Messenger RNA technology.

The EMA said it was "working closely" with its US counterparts.

BioNTech CEO and co-founder Ugur Sahin hailed Friday's decision as "another critical milestone in our collective effort to broaden vaccination programs to as many people as possible".

The approval of Pfizer for adolescents fires the starting gun for Germany to begin vaccinating children over 12, as Chancellor Angela Merkel announced on Thursday.

But Merkel stressed that vaccination would not be compulsory and would have no bearing on whether children can attend school or go on holiday.

Moderna has said it expects to seek authorization from EU and US authorities in early June, after trials showed it was "highly effective" in adolescents.