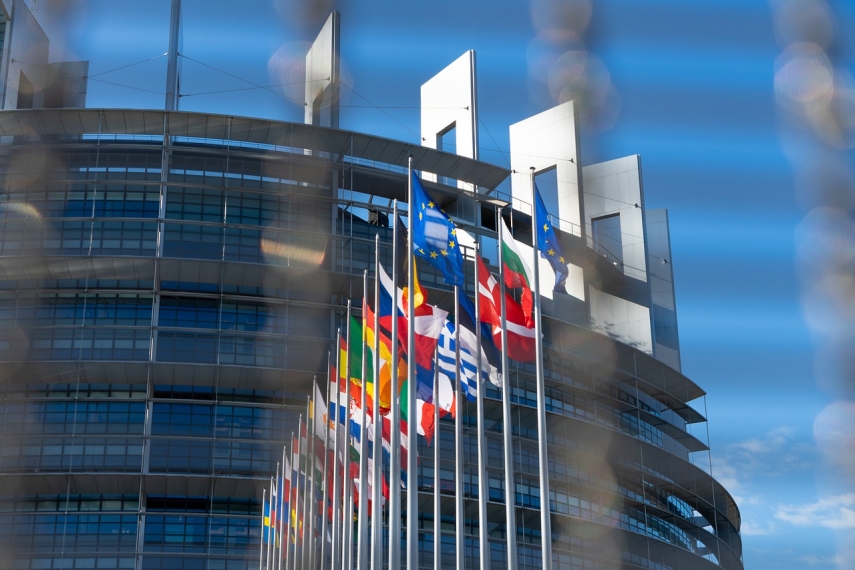 BRUSSELS - The European Union (EU) has agreed on the eighth package of sanctions against Russia, as it continues to punish Russia for its war in Ukraine.

The package puts price caps on Russian oil and expands restrictions on trade in goods and services with Russia.

The new sanctions upholds a ban on shipping Russian oil to third countries as of December 2022 and on shipping oil products of Russian origin from February 2022, as well as on the provision of transportation related financial and other services.

According to a statement released by the European Commission on Thursday, the package marks the beginning of the implementation within the EU of the G7 agreement on Russian oil exports. While the EU's ban on importing Russian seaborne crude oil fully remains, the price cap, once implemented, would allow European operators to undertake and support the transport of Russian oil to third countries, provided its price remains under a pre-set "cap".

Almost EUR 7 billion worth of additional import restrictions have been agreed, the European Commission said. It includes, for example, a ban on the import of Russian finished and semi-finished steel products (subject to a transition period for some semi-finished), machinery and appliances, plastics, vehicles, textiles, footwear, leather, ceramics, certain chemical products, and non-gold jewelry.

It also bans all transactions with the Russian Maritime Register, adding it to the list of state-owned enterprises which are subject to a transaction ban.

The existing prohibitions on crypto assets have been tightened by banning all crypto-asset wallets, accounts, or custody services, irrespective of the amount of the wallet (previously up to EUR 10,000 was allowed).

The package widens the scope of services that can no longer be provided to the government of Russia or legal persons established in Russia: these now include IT consultancy, legal advisory, architecture and engineering services. These are significant as they will potentially weaken Russia's industrial capacity because it is highly dependent on importing these services.

The EU has introduced a new listing criterion, which will allow it to sanction persons who facilitate the infringements of the prohibition against circumvention of sanctions.