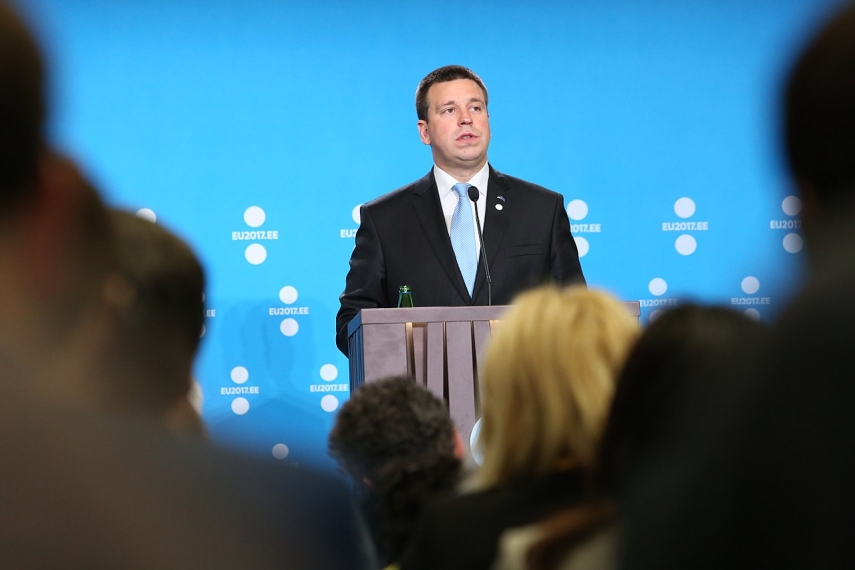 TALLINN - Estonian Prime Minister Juri Ratas on Wednesday discussed with the president of the European Commission, Jean-Claude Juncker, how he wishes to move forward with the ambitious ideas that Juncker proposed in his speech to the European Parliament last week.

Ratas described the ideas put forward by Juncker as bold.

"I hope that President Juncker will soon put some flesh on the bones of these proposals and we can continue with in-depth discussions. Estonia has been waiting for several of the proposals for a long time and our wish is to move forward with some of the significant initiatives already during our presidency, for example digital economy taxation, free movement of data and new cyber security strategy," Ratas said during the meeting held in Brussels.

According to Ratas, Europe is currently doing well but must not rest on its laurels. "There is a lot to do, several topical issues are still to be solved, such as controlling migratory flows and common asylum policy, cyber security, combating terrorism, defence cooperation, tackling climate change, rights and responsibilities of posted workers," he said.

In addition to that, the prime minister of Estonia emphasized that he is expecting the Eastern Partnership Summit on Nov. 24 to be just as successful and ambitious.