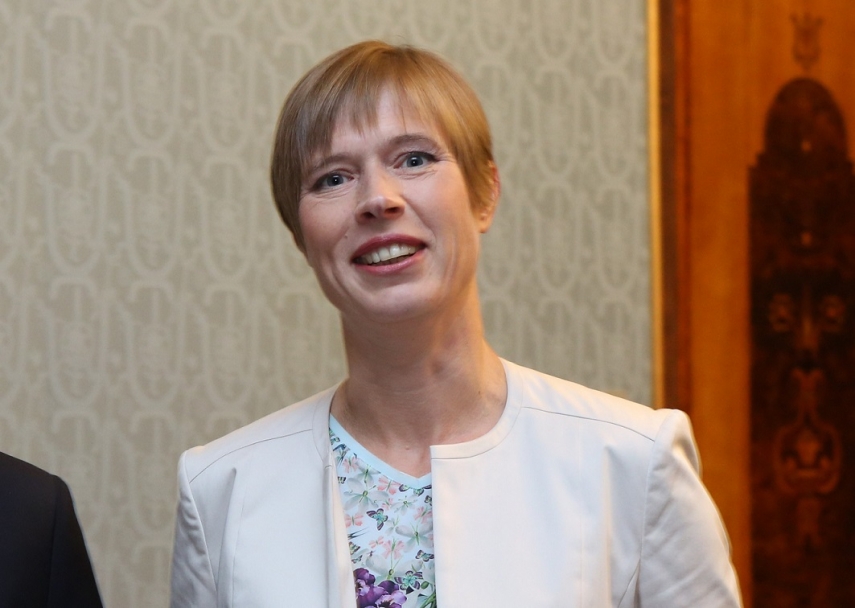 "Today, I went to Viljandi County, where I visited a company by the name of Mangeni PM, which one of the largest dairy farmers in Estonia. I met fine Estonian entrepreneurs and employees. I have a lot of respect for them as it is in many ways namely thanks to these people and companies that life in Estonia's rural areas is preserved," Kaljulaid wrote on social media.

"Mangeni PM is an excellent example of an innovative agricultural enterprise. The head of the company Meelis Venno said that the trouble, of course, is that their technologies are so innovative and smart that they do not really have anywhere to ask for advice from, which is why they must figure out and test a lot of it themselves," the president wrote. "However, the result is a 1,500-head dairy cattle, where the welfare of the animals is at the absolute top level in Europe. Connected with the production of high-quality milk is the production of biogas. Gas is sold both to the network as well as to all those interested at an on-site public filling station established by them next to the company," she added.

"Behind all this are both determined owners, who have invested altogether nearly 20 million euros over the years, as well as fine employees. The company has some 40 employees and 4-5 people from Ukraine are hired seasonally every year to help as, regardless of the quite a bit higher salary than the county average, there is not enough local workforce," the president said.

Mangeni PM is the same company that invited Mart Helme, chairman of the Estonian Conservative People's Party (EKRE), along with his son Martin to start work as a milker for them as Mart Helme had criticized bringing Ukrainian labor into Estonia in an interview with public broadcaster ERR.

Namely, Helme said in an interview with ERR last Tuesday that if the nation state is being destroyed with rental workforce, illegal workforce or slave workforce, EKRE will not agree to that.

He added that Estonia should be a country that wants to see high salaries and social guarantees like Germany, not cheap labor lugged in from Ukraine, Belarus and Russia.

"I pay an Ukrainian employee exactly as high a salary as an Estonian. If mister Helme wants to come milk, he is welcome," Meelis Venno told the regional Sakala, adding that Helme should take his son with him as well.

He added that at his company, Ukrainians have been working alongside Estonians for years already as local people are not enough and if the use of workforce from Ukraine were to be banned, the situation of many Estonian companies would become difficult, to put it mildly.

Estonia to seek money from EU for cross-border cooperation