Estonian president to make working visit to US 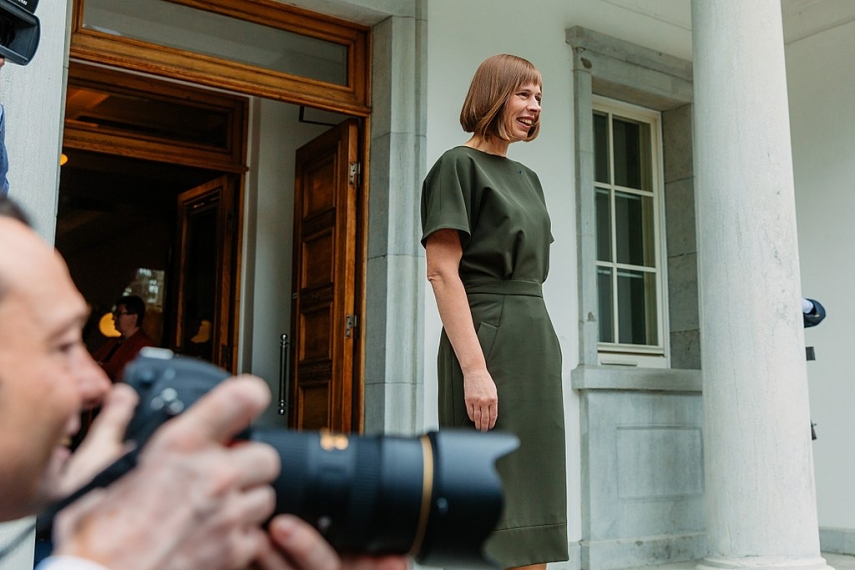 TALLINN - Estonian President Kersti Kaljulaid on Thursday is to embark on a working visit to the United States, where she will attend a conference of the World Bank and World Health Organization as well as the the McCain Institute's Sedona Forum.

The president at the conference of the World Bank and the World Health Organization (WHO) on Friday, April 20, will give an overview of Estonia's universal health insurance experience. The head of state will also meet with Christine Lagarde, the managing director of the International Monetary Fund (IMF), with whom Kaljulaid will discuss Estonia's digital society.

The president will also visit the first personal exhibition of Estonian painter Michel Sittow in Washington, D.C. that was organized for the 100th anniversary of Estonia by the Estonian Art Museum and the National Gallery of Art, where the painter's rare works from museums and private collections across the world have been gathered.

From Washington, Kaljulaid will head to Arizona, where she on Saturday will attend the McCain Institute's Sedona Forum, which this year will discuss topics including the development of Russia, human rights, the fight against terrorism and the Middle East. The forum is mostly aimed at the politicians and security experts of the United States.

In addition, the head of state is scheduled to meet with the U.S. Special Representative for Ukraine, Kurt Volker, and president of Freedom House, Michael Abramowitz.

The president will return to Estonia on Tuesday afternoon.