Estonian president to decorate 166 persons ahead of Independence Day 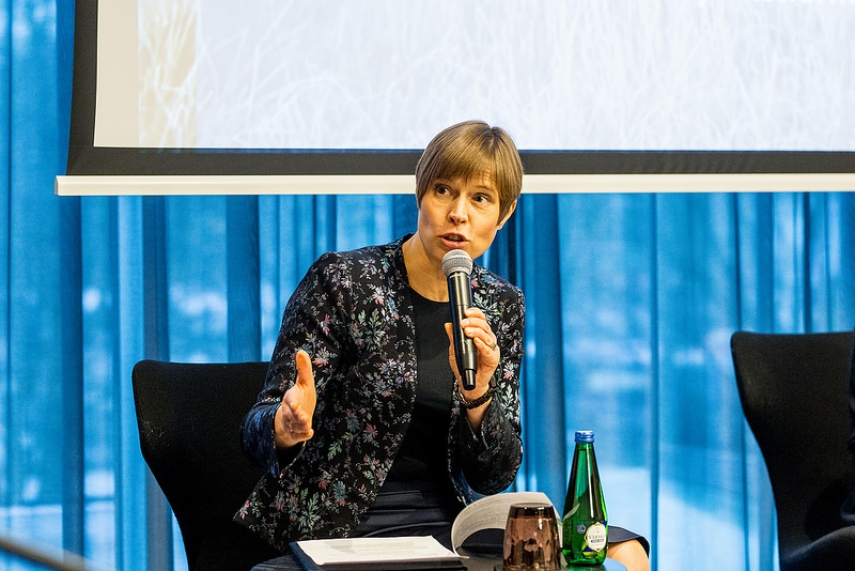 TALLINN - Estonian President Kersti Kaljulaid ahead of the 100th anniversary of Estonia is to decorate 166 persons, whose dedication to their profession or the community has improved the life of the whole of Estonia, while altogether five people are to be decorated with the Order of the White Star, 3rd Class.

Klen Jaarats, who was the organizer of the Estonian presidency of the Council of the European Union and director for EU affairs at the Government Office during the presidency, is to be decorated the Order of the White Star, 3rd Class. The same decoration will also be given to Matti Killing, former rower and head coach at the Estonian Rowing Association, who has worked as a rowing coach since 1965.

Andres Koppel, board chairman of the Estonian Research Council and ecologist who has worked as vice rector for research at the Estonian University of Life Sciences and as a deputy secretary general for higher education and research at the Ministry of Education and Research. Member of the Supreme Court Ants Kull will also be decorated by the president. From 2004 to 2014, Kull served as the chairman of the Civil Law Chamber of the Supreme Court.

Secretary general of the Estonian Ministry of Defense Jonatan Vseviov, who has significantly influenced both the development of Estonia's broad-based national defense as well as strengthened the fighting capability and battle readiness of the Estonian defense forces, is to also be decorated with the Order of the White Star, 3rd Class.

"Estonia is what we make it ourselves. Estonia is the sum of all of our thoughts and actions. All these people have helped ensure that Estonia is friendlier, more secure and more successful. They all have given more than their everyday work demands and have made Estonia better," the president said.

The head of state will hand over the decorations on February 21 at the Narva College of the University of Tartu.