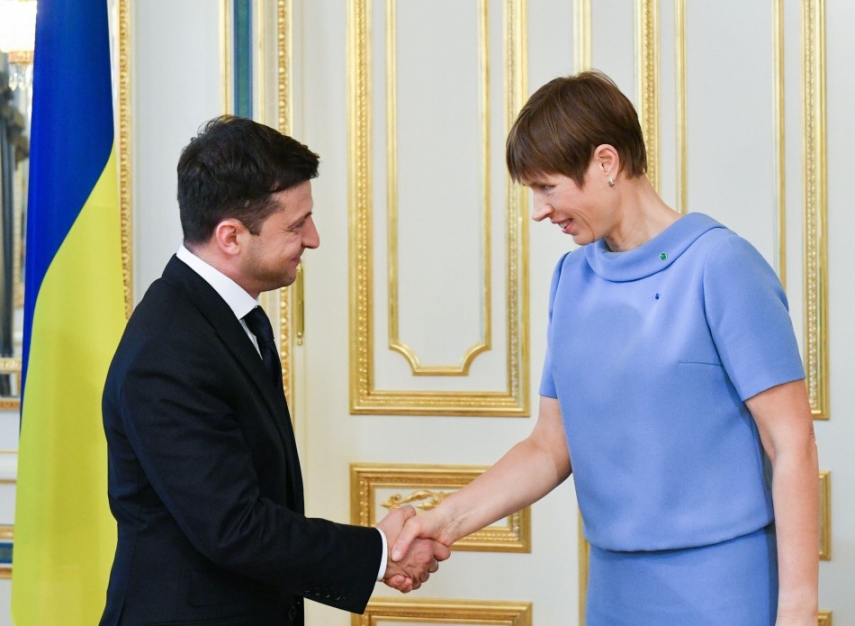 TALLINN - Estonian President Kersti Kaljulaid will be on a working visit to Ukraine on Thursday and Friday during which she is to meet with Ukrainian President Volodymyr Zelensky, Prime Minister Oleksiy Honcharuk and parliament speaker Dmytro Razumkov as well as speak at the Yalta European Strategy (YES) meeting.

Politicians, diplomats, entrepreneurs and civil society leaders from several dozen countries will gather at the 16th Yalta European Strategy (YES) meeting to discuss the future of Ukraine. In addition to a giving a speech, the Estonian head of state along with Yuval Noah Harari, professor at the department of history of the Hebrew University of Jerusalem, and Juhan Parts, member of the European Court of Auditors, will participate in a panel discussion on the role of the state in creating equal opportunities. The president will also take part in a round of discussion with Ukrainian school students.

The purpose of the meetings with Ukrainian state leaders is to get an overview of recent developments in Ukraine, the current state of reforms, the fight against corruption and the state of the rule of law.

The president will return to Estonia late on Friday evening.