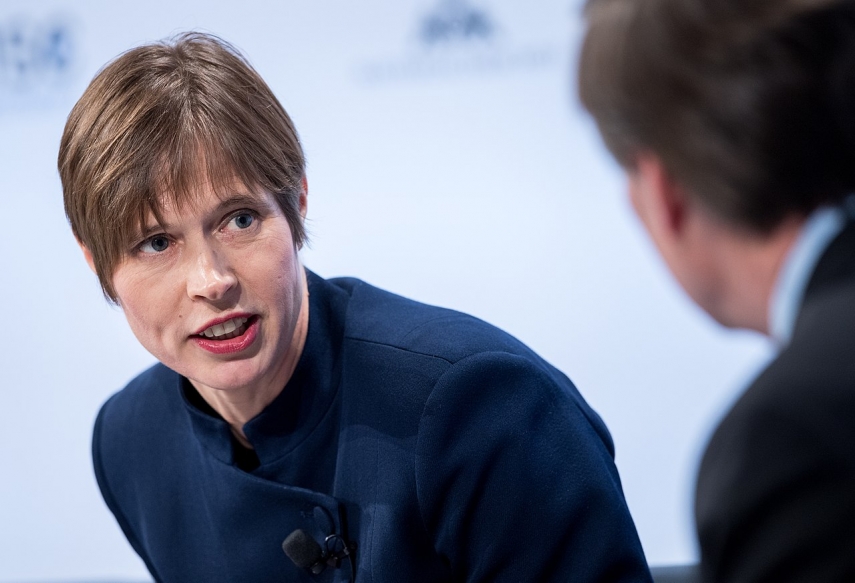 TALLINN - Estonian President Kersti Kaljulaid will be on a working visit to the United States from Monday to Thursday, during which she is to meet Speaker of the United States House of Representatives Nancy Pelosi, give several speeches and participate in the work of the UN Commission on the Status of Women, spokespeople for the president said.

Kaljulaid is scheduled to meet with several heads of state as well as representatives to the United Nations to discuss Estonia's UN Security Council campaign.

"The alliance with the United States is and will be the foundation of our security policy, both bilaterally as well as in NATO. Estonia, Europe as a whole and the United States, too, will benefit from strong transatlantic relations based on shared values," Lauri Kuusing, international affairs adviser to the president, said.

On Monday, the president is to meet with the president of of Trinidad and Tobago and the vice president of Kiribati in New York; discussions with several representatives to the UN will also be held with regard to Estonia's candidacy for a non-permanent seat on the UN Security Council for 2020-2021. On Tuesday, Kaljulaid is to take the floor at the high-level meeting of the UN General Assembly as well as at the UN Every Woman Every Child (EWEC) meeting as co-chair of the movement. On the same day, the Estonian president will also hold bilateral meetings with the president of Nepal and the vice president of Colombia and host representatives to the UN in the evening to celebrate the 101st anniversary of the Republic of Estonia.

On Wednesday, Kaljulaid is to meet with several US senators and Speaker of the United States House of Representatives Nancy Pelosi. The Estonian head of state is also to give a speech on security and transatlantic relations at the Brookings Institution. On Thursday, Kaljulaid is to meet members of the US Congress and attend an experts' discussion at the Heritage Foundation.

The president will return to Estonia on Friday evening.