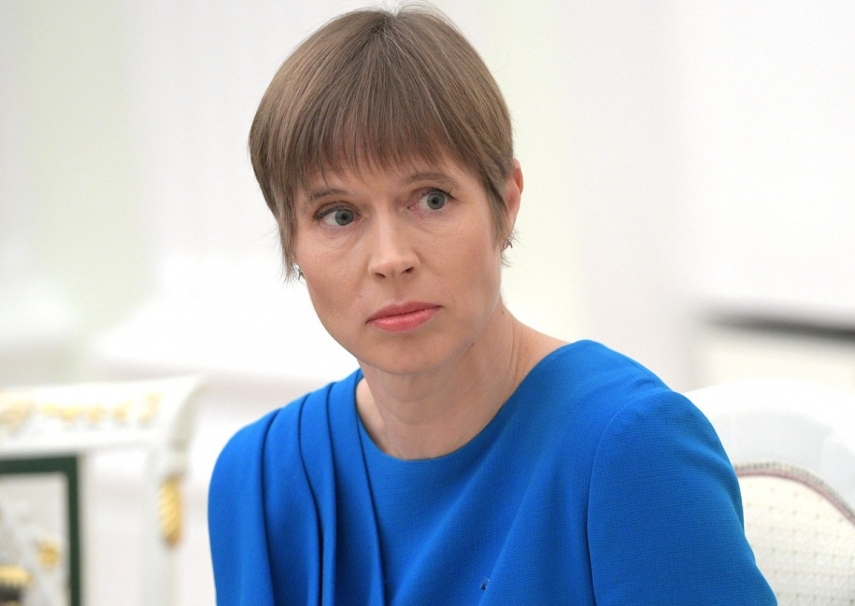 TALLINN - Estonian President Kersti Kaljulaid, who is on a working visit to the United States this week, met with US national security adviser Robert O'Brien at the White House on Wednesday evening to discuss security cooperation between Estonia and the United States as well as the geopolitical context of the Three Seas Initiative.

"The Three Seas Initiative, the summit of which is to be held in Tallinn in June, is becoming an important part of transatlantic cooperation where both the economic and geopolitical dimensions interweave," Kaljulaid said after the meeting.

O'Brien said that the success of the Tallinn summit holds a key role in the future of the entire Three Seas Initiative. Both parties also deemed in important that the United States should be represented at the event at as high a level as possible.

Topics discussed at the meeting also included the security situation as well as cooperation in NATO and on bilateral terms, cyber security issues, and building a 5G network. O'Brien thanked Estonia for its exemplary dedication to developing its defense capability.

The president also met at the White House with Jared Kushner, senior adviser to US President Donald Trump. At this meeting, too, topics discussed included the Three Seas Initiative, and Kushner commended Estonia's preparations for and ambition in organizing the summit.

Kushner, whose area of responsibility includes the US-proposed Middle East peace plan, gave Kaljulaid an overview of the state of affairs in terms of the plan and possible further developments. The head of state underscored that Estonia supports a permanent solution to the Middle East peace process that is negotiated directly between Israel and Palestine and considers the legitimate ambitions of both sides.

Kaljulaid also met with Ivanka Trump, adviser to the US president. The meeting focused on empowering women and issues in girls' technology education.

"This is an area where Estonia has experiences and functional models to share with the United States and the rest of the world, such as the Unicorn Squad, which provides technology education to girls in the format of non-formal learning. We agreed that we would strengthen cooperation between our two states in this area in the future," the Estonian head of state said after the meeting.

Kaljulaid will be on a working visit to the United States this week. From Monday through Wednesday, the president was in Washington, where she met with several high-level representatives of the Trump administration and spoke on digital and cyber issues at a conference of the American Israel Public Affairs Committee. On Thursday and Friday, the head of state will be in New York, where several meetings related to the UN and the Three Seas Initiative have been scheduled.

The Three Seas Initiative summit and business forum to be held in Tallinn in mid-June will focus on establishing a common understanding of the objectives of the initiative and further developments. The Three Seas Initiative at present includes 12 EU member states between the Adriatic Sea, the Baltic Sea and the Black Sea. The initiative aims to bring together the member states and an international high-level business community, and to boost cooperation in the development of energy, transport and digital sector infrastructure.