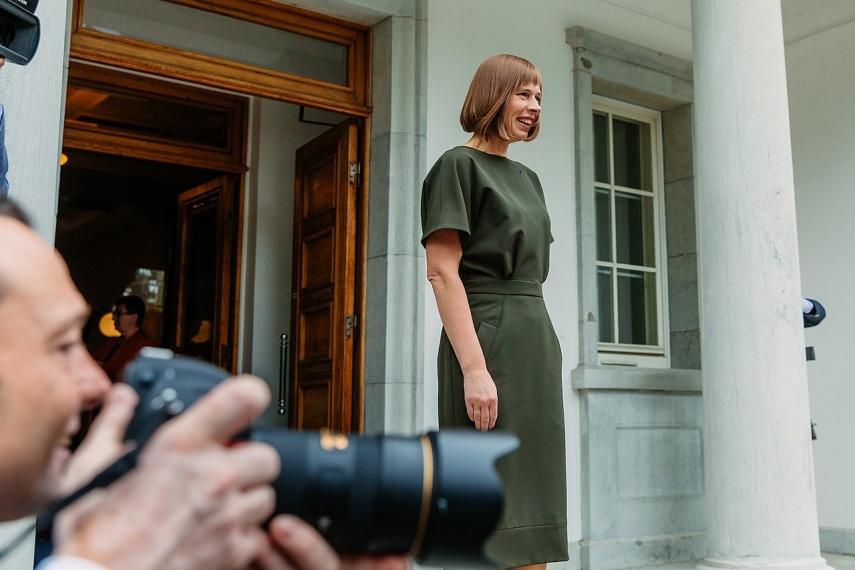 TALLINN - In her speech at the opening of the fall session of the Estonian parliament, President Kersti Kaljulaid criticized politicians who have made racist remarks and, in a reference to the colors of the Estonian flag, stressed that there is no such thing as a blue-black-and-white gene pool.

Expressing her respect for MPs for their participation in the democratic process and readiness to give up the role of an onlooker to present and defend their ideas, knowing that while not technically perfect, the solutions offered by them are the best possible compromises that society is ready to accept, the president said that that obviously there have been people in the Riigikogu chamber and are also now who have either intentionally, out of stupidity or carelessness made their contribution to it that the profession of a politician has a negative image in Estonia.

"We don't even need to dig into memory to recall a violation of the law or racist utterances. Every now and then our political parties still do their campaigning by any means possible or by using public funds. People can't understand the parties' cash flows -- where the money of parties comes from and what it is spent on. This is not good," Kaljulaid said.

The president emphasized that nobody can monopolize the pride of being Estonian.

"Nobody must consider fellow citizens who have their roots in a different language or culture as belonging less under the blue-black-and-white flag. Cultural space and behavioral space can be acquired, learned. They can be acquired at home, but also in kindergarten and in school. There is no blue-black-and-white gene pool. There is Estonian language, culture, customs, traditions and habits. Finally, also our laws and fulfilment of those, along with an independent judiciary, which is justified in expecting support for its independence also in this chamber," the president added.