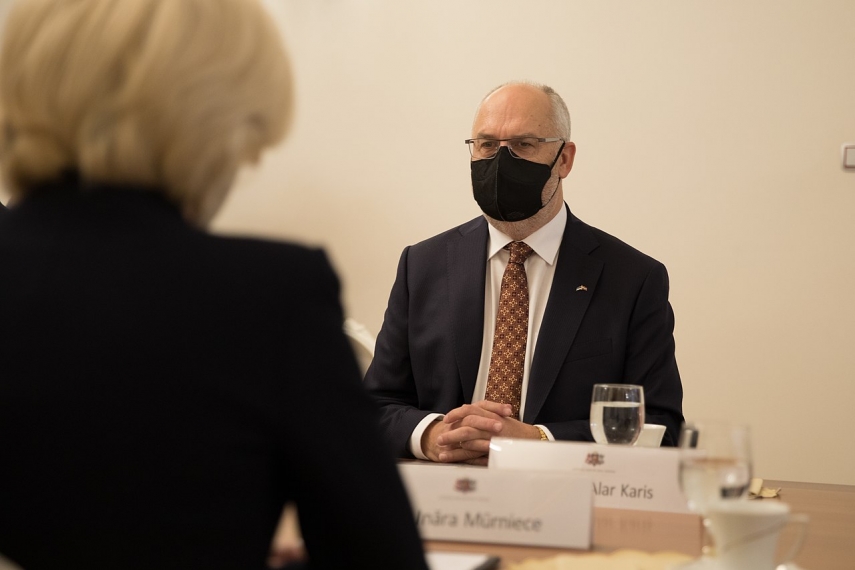 TALLINN – The green transition is no longer just an environmental issue, as  security and the competitiveness of our economy depend on it, Estonian President Alar Karis says.

"The green transition is no longer just an environmental issue, but our security and economic competitiveness directly depend on it," Karis said at an annual employers' conference, "Tuulelohe lend 2022" ("Kite's Flight 2022"), which focused on the green transition.

"The green transition must be accomplished, but we must keep our feet on the ground," he said.

Speaking about the large fluctuations in the price of natural gas, Karis attributed the instability of prices to the fact that Europe depends on Russian gas, saying it is necessary to quickly reduce purchases of Russian gas.

"The world believes that our ideals and ethics do not allow the purchase of gas which has  Ukrainian blood on it. However, if we did not consume Russian gas, we would have to buy gas elsewhere, which in turn will increase the price of gas all over the world," said the Estonian president, noting that Estonia's position is slightly better than that of most of Europe due to our  country's lower gas consumption.

"However, the high price we pay for energy is a small inconvenience compared to what the Ukrainians whose homes are being bombed or the mothers and children who have fled their homes, leaving behind their husbands, fathers, brothers and sons have to endure," he said.

Karis emphasized the need to act to embrace new technologies and added that the green transition creates both new markets and business opportunities.

"Estonian researchers and businesses can compete in areas where there are no big players from other countries yet," the head of state said.

The president also emphasized the need to deploy new energy sources at a rapid pace, as this is crucial to make sure that expensive energy will not haunt Estonian companies longer than their peers elsewhere in Europe.

"Estonian wind energy production has been stagnant for a long time. Let us change that," he said.

According to the head of state, the green transition does not mean giving up the current prosperity or market economy.

"But we will lose a lot in terms of prosperity if we unreasonably spend a limited resource," he added.