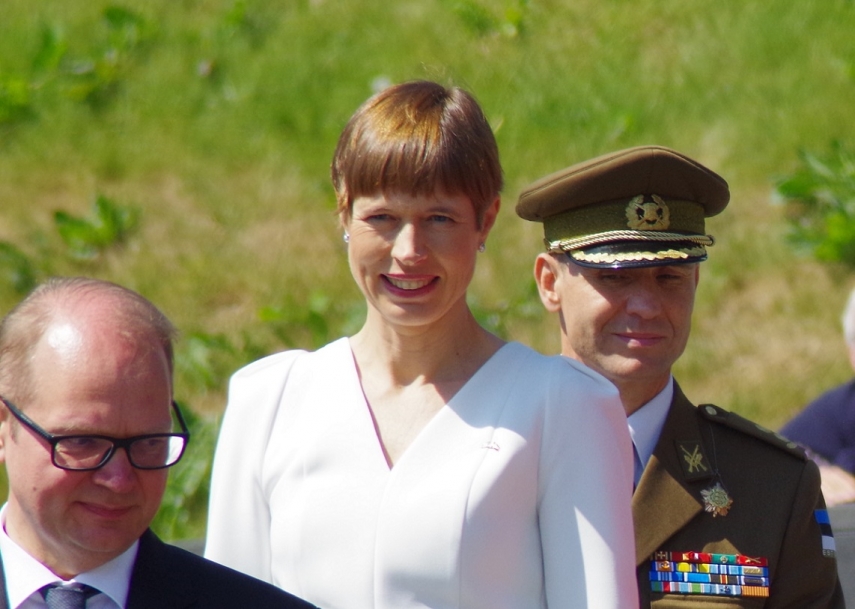 TALLINN - Estonian President Kersti Kaljulaid will meet with Prime Minister Juri Ratas on Monday evening to discuss the political situation that has emerged following the attempt to dismiss the head of the Police and Border Guard Board as well as a broader circle of topics, the news portal of ERR reported.

"The head of state and the prime minister will meet this evening," the president's PR adviser Taavi Linnamae said. He said that the meeting will start at 6 p.m. and its topics derive from the past week.

The president has yet to make a public comment on the attempt by ministers from the Estonian Conservative People's Party (EKRE) -- Interior Minister Mart Helme and his son, Finance Minister Martin Helme standing in for the interior minister at the time --  to dismiss national police chief Elmar Vaher from office.

Linnamae said on Friday that the president had been in contact with the director general of the Police and Border Guard Board both on Thursday and Friday and also wanted to meet with Prime Minister Juri Ratas in the near future.

"The head of state was in contact with police chief Elmar Vaher and Prime Minister Juri Ratas yesterday and is following the course of events and developments," the president's PR adviser said. He affirmed that Kaljulaid was satisfied with the police chief's work so far and maintained her confidence in Vaher.

Amid the controversy over the attempted dismissal of the police chief by the EKRE ministers, the opposition Reform Party announced on Saturday that they will initiate a motion of no confidence against the government in the Riigikogu.