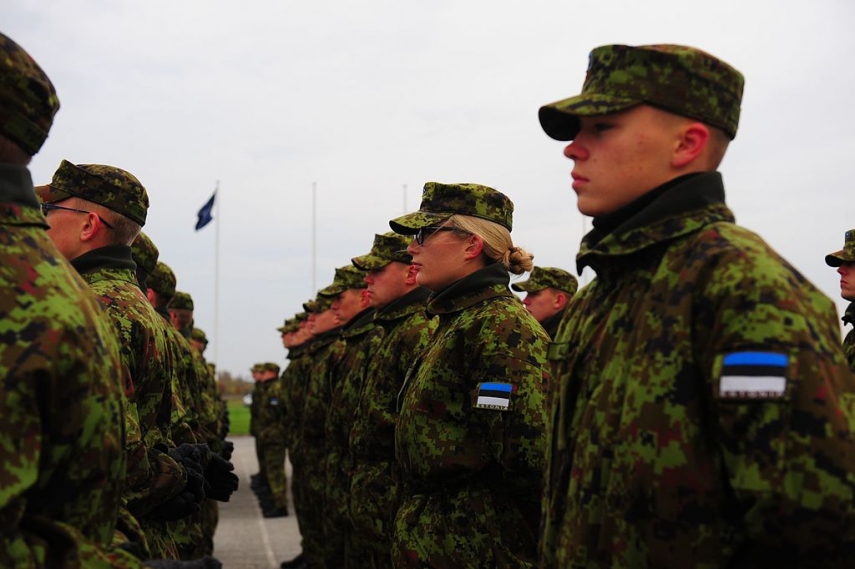 TALLINN - Participation in out-of-area operations has turned Estonia from a consumer of security into a contributor, and by fighting far from home we are maintaining peace at home, Estonian President Kersti Kaljulaid said at a charity dinner of the Carolin Illenzeer Fund in Tallinn on Thursday evening.

"For a small country in a geopolitically complex location we are very fortunate to be able to defend our safety and security while fulfilling our duties as allies far from home soil," the president said.

It has been the participation of Estonia in out-of-area operations that has turned us from consumers of security into contributors, and trustworthy allies who are being taken seriously, she said.

"This is something that I am often reminded about abroad -- during the last week alone in both the United States and France, for example -- and it is not mere lip service. The contributions are noticed; our soldiers' sacrifices are remembered. Opportunities are even sought that bypass national consensus in order to support us; people make an effort in their own countries to take steps that are very important to us," Kaljulaid said.

The president said that the security situation outside Europe is by no means satisfactory, and this is something to which we must respond. In the middle of the year an Estonian infantry platoon will depart for Afghanistan. The Riigikogu is currently discussing a new operation in Mali alongside the French.

As a result, the number of Estonian personnel on international missions is about to double from the present shortly.

"Therefor I hope that the support system within the defense forces has prepared for the fact that the number of personnel taking part in missions -- and by extension the number of those close to them -- is set to double overnight. I also hope that all of us here in Estonia remember that in a couple of months' time there will be significantly more people among us who are close to the soldiers serving on those missions, who will need our understanding, and if needed, also prompt support, assistance and recognition," the president said.

Donations raised by the Carolin Illenzeer Fund are used to support the education and extra-curricular activities of the children of members of the defense forces killed or seriously injured in international operations. President Kersti Kaljulaid is the patron of the charitable foundation established in 2011 on the basis of a college fund originally set up by officers of the defense forces for Carolin Illenzeer, whose father Arre Illenzeer fell in the line of duty in Iraq in 2004 having seen his infant daughter only once while on leave in Estonia.