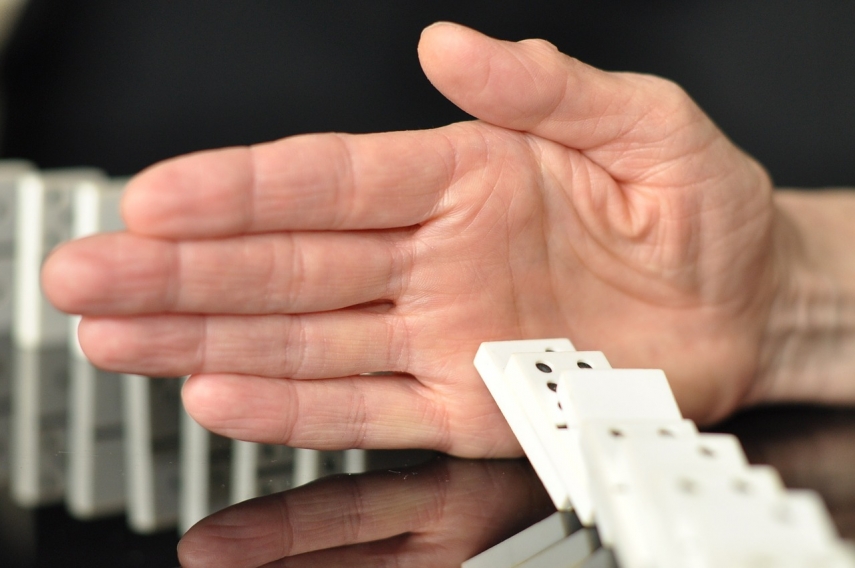 "Corruption is the main factor holding back Ukraine's development alongside the war. In order for the fight against corruption to be effective, it must have the strong, visible and unconditional support of all political levels," Kaljulaid said after a meeting with the head of the National Anti-Corruption Bureau of Ukraine (NABU), Artem Sytnyk.

According to the Estonian president, it is important also to pay attention to creating a perception in society of what constitutes corruption. "The barriers having to with how to report cases and react to them have to be made as low as possible," she said, emphasizing the role of non-governmental organizations in increasing society's sensitivity to corruption.

In a lecture delivered at NABU, the Estonian president emphasized the importance of tackling corruption in private sector, alongside efforts made in the public sector.

"In order for a country's economy to be able to grow, the country to develop and people's wellbeing to increase, a business environment is needed where investors feel that their rights are guaranteed," Kaljulaid said.

The Estonian head of state added that the special committee headed by Ukraine's deputy prime minister dealing with the protection of the rights of investors has pledged to explore the cases related to the Estonian investors in Skymall and the Zatoka promenade in Ukraine still before the end of this month.

A spokesman for Kaljulaid said before the start of the trip that the head of state definitely intends to raise topics related to the rule of law during her visit to Ukraine, by which she will also exert pressure to help solve the problems encountered by Estonian investors in that country.

Hillar Teder, one of the Estonian businessmen active in Ukraine who have encountered problems there related to weakness of the rule of law, said a week ago that he hopes that the meeting between the presidents of Estonia and Ukraine will help enforce the decision a high court in London according to which investment company Stockman must transfer its holding in Kiev's Sky Mall shopping mall back to Teder's company Arricano Real Estate Plc.

The president said on Wednesday that, over the years, Estonia has made a contribution to the fight against corruption in Ukraine.

"We have trained experts and shared our experience. But it's essential, aside from the investigation, also for the judiciary system to function properly. Tackling corruption is of little use when the cases do not reach court and the handing down of a judgment," the president said.

Estonian President Kersti Kaljulaid is on an official visit to Ukraine, where she has met with President Petro Poroshenko, Prime Minister Volodymyr Groysman, Deputy Prime Minister Ivanna Klympush-Tsintsadze and chairman of the Verkhovna Rada Andriy Parubiy.

The president will also open a business seminar in Kiev, meet with local entrepreneurs and representatives of the Ukrainian civil society. The Estonian head of state will also visit eastern Ukraine, where she is scheduled to meet with governor of the Kharkiv region and look at renovation works in the region damaged in war as well as the humanitarian situation. Kaljulaid will also visit the Joint Forces Operation Headquarters in eastern Ukraine.