Estonian president: Catalans' situation not comparable with that of Estonia leaving USSR 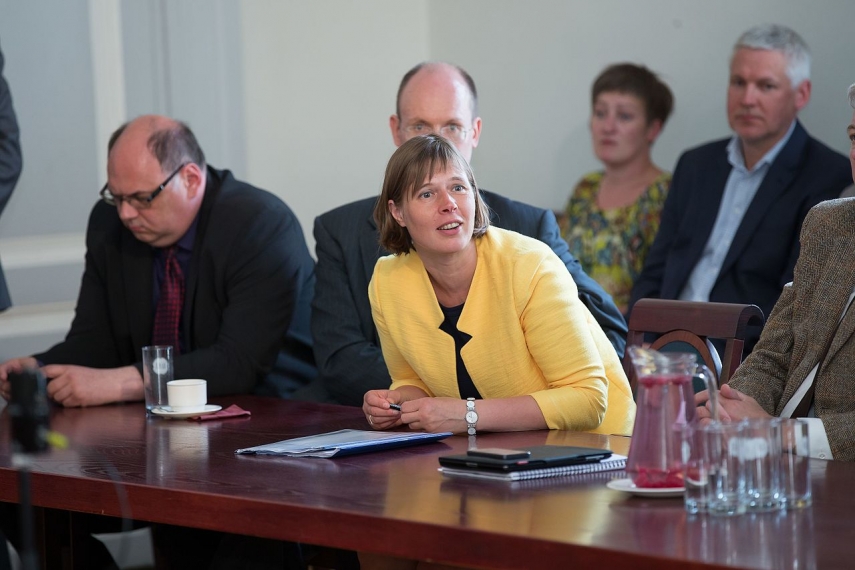 TALLINN - The situation of Catalans cannot be compared with that of Estonia when our country left the Soviet Union, Estonian President Kersti Kaljulaid told public broadcaster ERR on Monday.

"Spain is a democratic country which has a Constitution that has been approved also by the people living in Catalonia, so it is in accordance with that Constitution that you have to act at every given moment," the president said according to the news portal of ERR.

Kaljulaid said that it maybe would make sense to hold a discussion on whether there shouldn't be a possibility in the Constitution of Spain to debate over these issues just like in the United Kingdom, where Scotland has held a referendum.

"I can understand that it seems to Catalan politicians that their own political life will be too short to debate whether the Constitution of Spain could be different /.../ They would like to move very fast, but in this way a lot of pain is caused to society. The only way is to move forward by means of democratic process," the Estonian president said.

She added that what happened was a demonstration organized in the form of a referendum which ran counter to the Constitution of Spain.