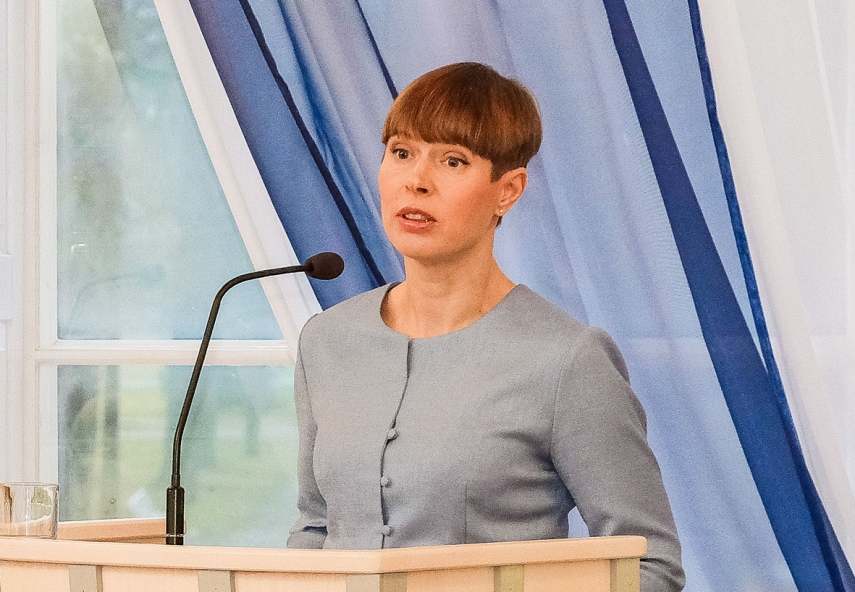 The Estonian head of state met with the Belarusian opposition leader to discuss the latest developments in Belarus and the possibilities that Estonia and the entire democratic international community have to exert pressure on the current Belarus regime, spokespeople for the Estonian president said.

"It's 800 kilometers from Tallinn to Minsk. That's not much, but in reality, the Belarusian people are much closer to our people. We will be by your side, and we will do what we can to ensure that it was possible for the Belarusian people to freely choose their own path," Kaljulaid said after the meeting. She emphasized that the path and the policies that the people of Belarus choose at some point in the future will be their own decision.

"But every nation must have the right to choose its own path," the Estonian president said.

Looking back at the past year, Kaljulaid noted that what is happening in Belarus is "back on the map."

"As recently as a few years ago, it was easy also in European capitals to ignore the nature of this regime, not to engage with it. Today, this is no longer the case, no one has any illusions, the people of Belarus have certainly already achieved that," the president said.

She added that of course everyone would like to see rapid change, because the terror that the people of Belarus live under on a daily basis, where the price of free speech can be freedom or life, is unimaginable, brutal and inhumane.

The Estonian head of state stressed the need to work on the next EU sanctions package so that the steps to be taken would cripple the regime's cash flow to the largest extent possible.

"Also at today's meeting, we were assured that strong and effective sanctions are in the interest of the Belarusian people and are expected. Of course, this will also affect the residents of Belarus, also European companies and their business, but this is a small price compared to what the Belarusian people have already had to pay today," Kaljulaid said.

Other ways to put pressure on the current Belarus regime were also discussed. As a member of the UN Security Council, Estonia has raised this topic at the Security Council on two occasions already.

"From tomorrow, we will be chairing this world's most important negotiating table and I promise that, if necessary, we will be ready to react quickly and will keep the topic of Belarus in the focus," the president said.

In her statement, the Estonian president also demanded the release of all political prisoners and called on the authorities of Belarus to stop the terror directed against their own people.

"Stop the imprisonments, stop the torture! They will end one day anyway and the Belarusian people will be free. All your deeds will be remembered. Behind every mask there is a real face, behind every order there is someone who gave the order. And all of them will one day have to answer for their actions. This is our common care and responsibility, this is our duty," Kaljulaid said.