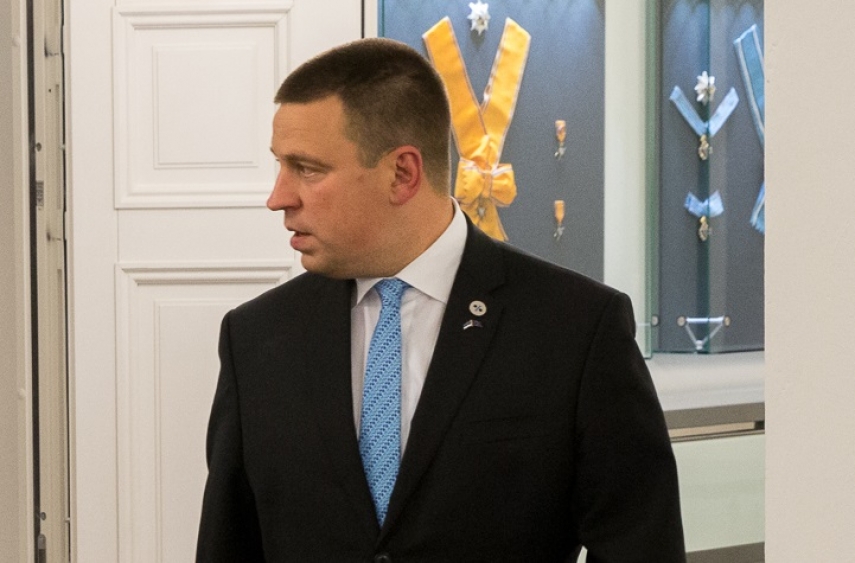 TALLINN - Estonian Prime Minister Juri Ratas is about to take part in a meeting of European Union heads of state and heads of government in Brussels on Thursday and Friday, where candidacies for high-ranking EU positions are to be discussed and the EU's strategic action plan for the next five years adopted.

"The European Union's action plan for the future will frame the work of the next few years and focus on important major issues, which we must solve together with all the member states. These are the wellbeing of our citizens, economic growth, climate and environmental issues, and protecting European values all over the world," Ratas said according to spokespeople.

He said the heads of state and heads of government will also discuss on Thursday who would head that work in the top posts of the EU.

"Definitely the European Union must get very good leaders for itself for the coming years, who are familiar with all regions of Europe and also understand the topics important to our region," Ratas said.

In addition to topics of the future, EU heads of state and heads of government are to discuss climate policy, the timetable for the next EU long-term budget framework, and external relations, including the Eastern Partnership.

Before the summit, the leaders of Estonia, Latvia, Lithuania and Poland, as well as Commission President Jean-Claude Juncker, will sign a roadmap for the synchronization of the electricity systems with those of continental Europe to affirm continued political support and agree about further steps in the implementation of the project.

On Friday, an extended summit meeting of the euro area will take place, attended by 27 member states. At that meeting the development of the banking union, reform of the European Stability Mechanism and the budget of the euro area, about the principles of which the ministers of finance agreed last week, will be talked about.

The EU leaders will be also offered an overview of the state of play in the negotiations on the withdrawal of the EU from the EU.

On the fringes of the summit, the prime minister of Estonia is scheduled to meet with his Polish counterpart Mateusz Jakub Morawiecki.