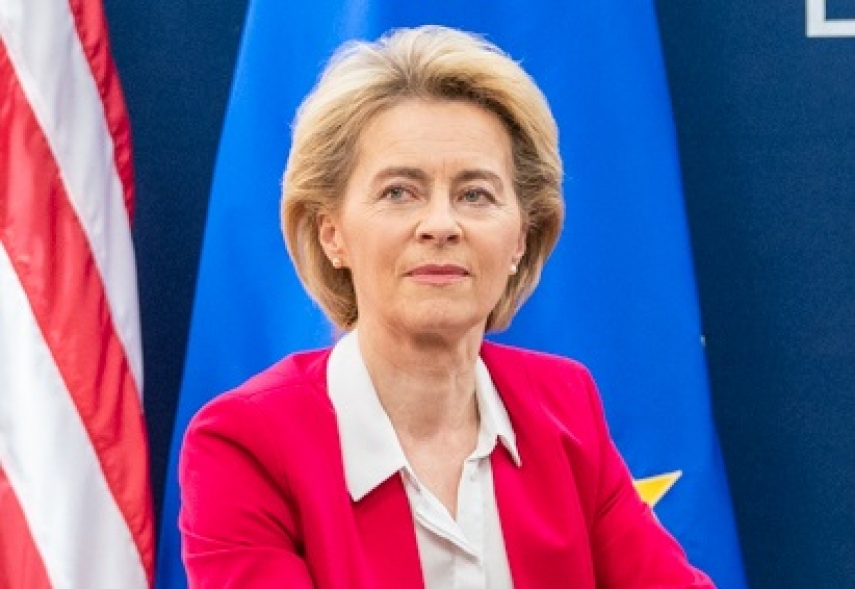 TALLINN - Estonian Prime Minister Juri Ratas and European Commission President Ursula von der Leyen in their meeting on Tuesday talked about the European Green Deal, digital development of the union and the next long-term budget.

According to Ratas, implementation of the European Green Deal will be a challenge, which also offers ample opportunities.

"The Green Deal provides a good foundation for working towards achieving the climate neutrality goal that the European Union has set for 2050, and a green turnaround cannot be carried out without a digital turnaround. For instance, we must take into use environment friendly IT solutions and better use environmental data," Ratas said.

The Estonian premier said that the next EU long-term budget plan for 2021-2027 must support member states in meeting the climate goals.

"Estonia also wishes for the mining of oil shale and coal to be treated equally in the Just Transition Fund, in order for it to also take into account the people working in the energy sector in East-Viru County," Ratas said.

Talking about the European single market and digital development, the prime minister of Estonia emphasized the need to facilitate the handling of business by companies in order for it to be easier for them to operate on the internal market.

In order for cross-border handling of business to be easier for business operators and residents, we need a European digital identity, Ratas said. He pointed out that the use of digital signature in Estonia allows to save five workdays every year.

During the meeting with the commissioner for energy, Kadri Simson, the synchronization of the Baltic electricity systems with Europe and Estonia's interest to develop offshore wind farms in regional cooperation were talked about.

"The transition to climate friendly energy production and energy independence definitely will be one of the biggest challenges of the next few years. Europe's continued support for the completion of these projects definitely is very important," Ratas said.

During the meeting with the commissioner for the economy, Paolo Gentiloni, taxation of the digital economy, review of the taxation of energy in the framework of the implementation of the European Green Deal, and the proposal for a carbon border measure were discussed.