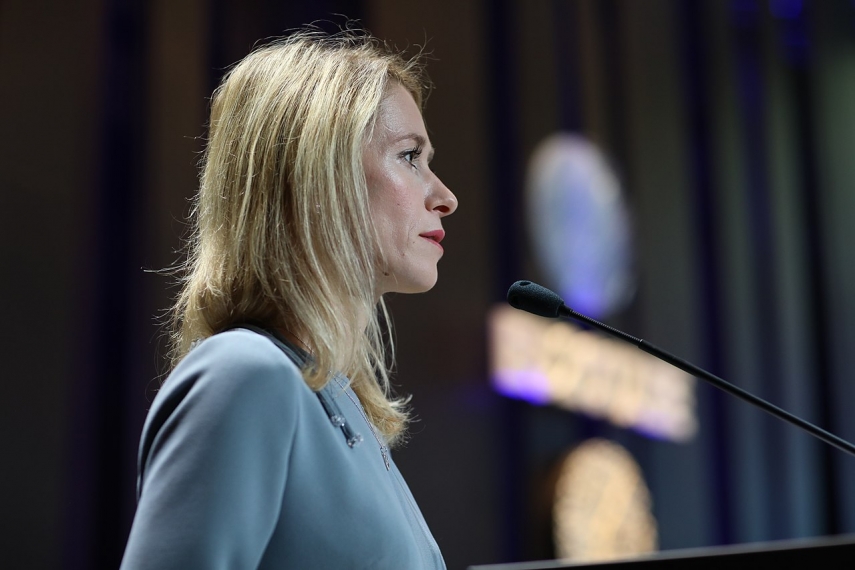 Kallas is participating in COP26, where she will issue a national statement and introduce the Estonian initiative "Data for the Environment Alliance" launched in cooperation with the UN Environment Program (UNEP), government spokespeople said on Monday. Kallas will also speak in a panel discussion with the leaders of Tanzania and Bangladesh on the effects of climate change on women and girls.

"Achieving the goals set by the Paris Agreement is essential, but requires cooperation between countries and agreements that work in practice," Kallas said. "I hope that the COP26 climate conference in Glasgow will make it possible to set out concrete further steps to tackle climate change. The European Union has set itself ambitious targets for reducing carbon emissions and introducing sustainable technologies. It is therefore important that other major economic areas in the world take similar steps. At the same time, the G20 must offer support to those countries that are already suffering from the negative effects of climate change," she added.

"The Estonian government has set climate issues as its priority and we are committed to meeting the European climate neutrality goal by 2050. First and foremost, Estonia must contribute to building new green energy production capacities to ensure stable energy prices," the prime minister said.

According to Kallas, Estonia has a lot to offer in the transition to climate neutrality. "At COP, we will share our experience in implementing the digital revolution and introduce our startup solutions in the fields of energy efficiency, smart cities, data management and the circular economy," Kallas added.

On Monday, the Estonian prime minister will participate in the opening ceremony of the climate conference and issue a national statement.

On Tuesday, Kallas will open a side event that will introduce the Estonian initiative "Data for the Environment Alliance" or DEAL in the framework of the UN Environment Program (UNEP). The initiative will be presented by Estonian Ambassador-at-Large for Climate and Energy Policy Kaja Tael and representatives of UNEP and Kenya. DEAL combines the efforts of governments and the private sector to make high-quality and easy-to-use environmental data accessible to all. The first cooperation projects in this area are already planned.

On Tuesday, Kallas will also participate in the summit of the states party to the Glasgow Declaration on Forests and Land Use, a high-level discussion on the impact of climate change on women and girls, and a summit on reducing methane emissions convened by US President Joe Biden and European Commission President Ursula von der Leyen.

Kaja Kallas will return to Tallinn on Tuesday evening.