Estonian parlt speaker in Kyiv: Ukraine will not be left alone to face violence, injustice 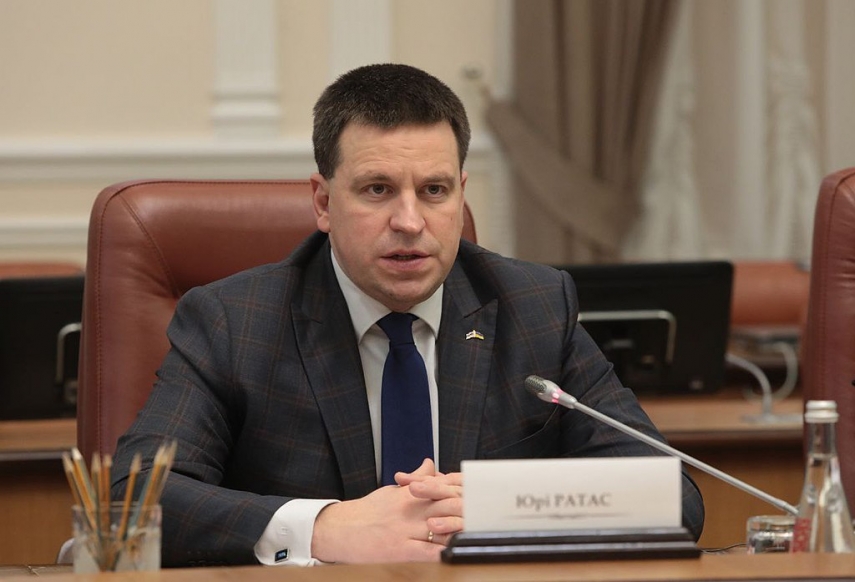 TALLINN - President of the Estonian parliament Juri Ratas and his Latvian and Lithuanian counterparts addressed the Verkhovna Rada of Ukraine in Kyiv on Thursday with Ratas affirming Estonia's strong support to Ukraine in its fight for its independence and against Russia's aggression.

In Kyiv, the speakers of the parliaments of the Baltic states met with President of Ukraine Volodymyr Zelensky and Prime Minister of Ukraine Denys Shmyhal, with whom they spoke about the unwavering will of the people of Ukraine to defend their country.

"International support to Ukraine is strong at present, but it needs to be upheld for a long period," Ratas said. "First the war must be ended, Russian forces expelled, and integrity of Ukraine restored. And then we need to rebuild the cities and towns crushed by the Russian forces."

Ratas expressed hope that by that time, Ukraine's accession process to the EU would have started. He assured that Estonia would do its best to speed up this process.

"Ukraine is also fighting to defend Europe as a whole, and our values," Ratas pointed out. "In the light of this, we should focus on supporting Ukraine in all areas possible, isolating Russia and raising the cost of the aggression."

The president of the Riigikogu reiterated his promise that Ukraine would not be left alone to face violence and injustice, and added that millions of people all over the world were going to keep this promise. He gave to his Ukrainian counterpart a commemorative photo collage of a demonstration in Tallinn's Freedom Square on Feb. 26, where more than 30,000 people gathered in support of Ukraine.

Ratas underlined that Estonia as well as many other democratic countries had helped Ukraine. "The assistance ranges on a wide scale from political and military to humanitarian," Ratas said. "Not just the state, but thousands and thousands of Estonians have offered their help and donated money to help the women and children fleeing the war. We admire their bravery."

Ratas recalled that the Estonians knew what it meant for people to flee war and occupation, as in 1944 tens of thousands of Estonians left their country, and many of them did not live long enough to see how Estonia restored its independence in 1991. "Today, it is the duty of us all to help Ukraine," Ratas said.