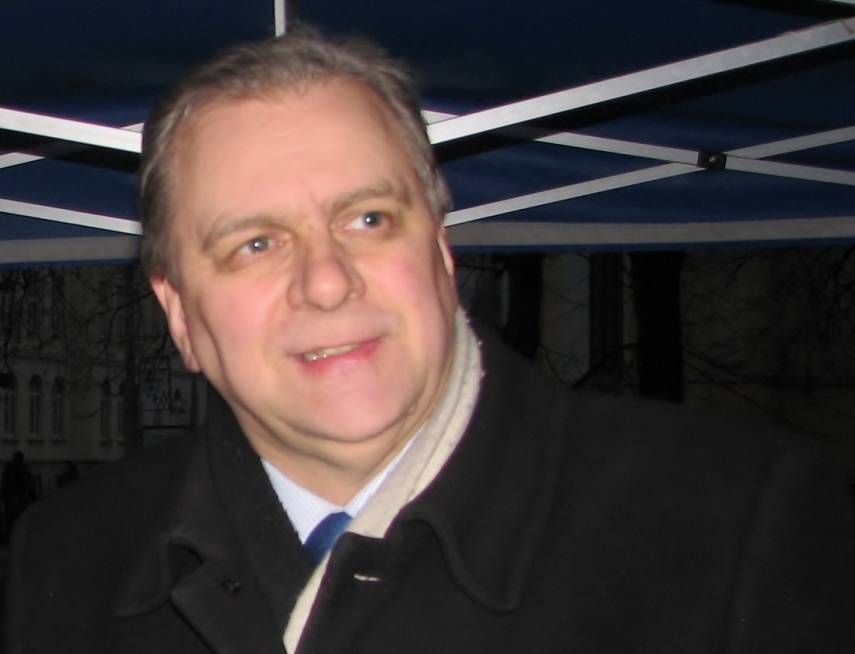 "The approach of Finland as the presidency country has so far been accompanied by a line that is balanced and valuing of basic values. At the same time, one can nervetheless also sense under the surface the extreme caution of Finland's traditional Russia policy. That is, should Russia's withdrawal from the Council of Europe indeed take place, the concern of the Finns is that it preferably does not take place during their presidency," Herkel wrote on his blog.

"There was news during the outgoing week that the Parliamentary Assembly of the Council of Europe is discussing Russia's continuation in the organization. While there was no such direct point of agenda, it is true that a PACE session took place and that the issue of Russia's membership is on the table," Herkel said. "The Russian State Duma has previously decided not to send its delegation to PACE and not to make the monetary payments concerning the membership of the Council of Europe. As, according to the size of the country, Russia's payment amounts to 30 million euros, this is a sum significantly impacting the functioning of the human rights organization," the MP added.

"The Council of Europe with 47 member states does not only consist of the Parliamentary Assembly. For Russia, the intergovernmental Committee of Ministers is more politically appetizing. The European Court of Human Rights operating in Strasbourg is also of very great importance. The Congress of Local and Regional Authorities, which is also operating under the aegis of the organization, is slightly less known," Herkel said. "In general terms, it could be said that the Kremlin would greatly enjoy its power in the Committee of Ministers, would act up or manipulate with the Parliamentary Assembly and would completely ignore the decisions of the Court of Human Rights. Essentially, this was the way for years, until the Assembly took the right of vote from the Russian delegation in 2014," the MP said.

According to Herkel, the opposition has now reached a new level -- regardless of the fact that in spite of all the crises, from time to time, the mood arises in the Assembly to make concessions to Russia in the name of maintaining a dialogue, this has not been successful. The last thing that crossed out the plan of the indulgent ones to entice back Russia was the aggression against Ukraine in the Kerch Strait, the MP said.

"The news coming from Interfax let things seem different. There is talk about Russia's decision not to participate in PACE from 2014 onward, not of how, previously, the Russian delegation had been stripped of their right of vote. It is likely that based on Interfax, [Estonian public broadcaster] ERR, too, is spreading the news as though Russia's membership was the main point of agenda of PACE's session during the outgoing week and was supposed to be discussed on Wednesday," Herkel said. "In reality, issues handled on Wednesday included two media reports, two reports concerning the access of disabled people to the labor market and my report titled 'The governance of the internet and human rights'. In addition, Sauli Niinisto, president of Finland as the presidency country, made a statement and answered questions. Foreign Minister Timo Soini did the same thing a day earlier. There were also undoubtedly asked questions about Russia's membership and the budget of the organization," the Estonian MP said.

"However, it is important to note here that a new report regarding the Sergei Magnitsky case was adopted on Tuesday. Member states and especially national parliaments are called to establish rules that help implement directed sanctions, like a visa ban, the freezing of accounts and so on, against human rights violators and those aiding the violation. There was a report concerning Kerch on Thursday, support for Ukraine's sovereignty and integrity was reiterated again and it was demanded that Russia immediately release the captured Ukrainian seamen. These resolutions went through with a great majority of votes, apart from a few left-wingers and one Serbian representative, there were no strong opposing voices during the debates either," Herkel said.

According to Herkel, Russia's voice in the Council of Europe will sound mainly in the Committee of Minister. A new topic has to do with electing the organization's secretary general. The Russians have reached an interesting legal construction that if the members of the Assembly elect a new secretary general in June, no member state can be left aside. That is, if a secretary general is elected without Russia, they will not deem it legitimate and this will give them a basis for leaving. Essentially, they are not only expecting the unconditional restoration of voting rights in PACE, but the pleading for Russia's return, Herkel said, adding that it is often forgotten that Russia has not sent a delegation for a long time already. "The door to PACE sessions and committee meetings has been open for them the whole time, although without a voting right. Secondly, suspending a voting right is a temporary sanction, which will be ceased once the state's violation of basic values, which caused the sanction, has ended. Russia has not taken any steps to do that in five years already," he added.

"In spring, these disputes may only become sharper. The loss of 30 million euros may mean that in addition to opportunistic politicians, Russia will be missed in spite of human rights and other violations also by a large portion of the organization's already too big of an officialdom, whose future the money cut will concern," Herkel said.