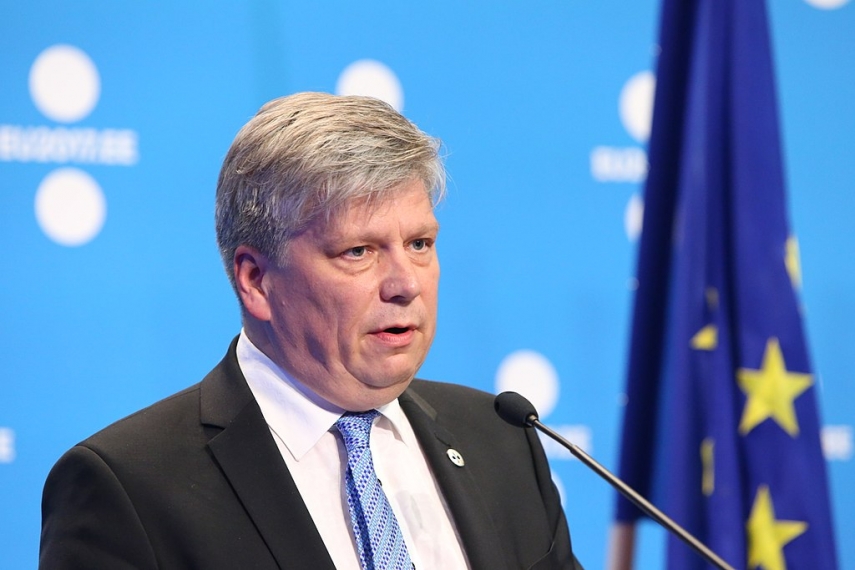 TALLINN - Estonian Minister of the Environment Siim Kiisler, who is participating in the United Nations Environment Assembly in Kenya from Monday to Wednesday, said that more concreteness is needed to reduce global pollution.

"When it comes to environmental issues, state borders must be crossed and it must be decided how we can help those countries that are directly influenced by the bad environmental condition. As is known, state borders mean nothing to the environment and the fact that the situation is bad in a particular place will sooner or later reach elsewhere," Kiisler, who is representing Estonia and the European Union at the assembly, said.

Thus, the aim of the meeting is to agree on concrete activities on how to globally stop polluting the environment. The assembly has a number of expected results -- the environment ministers are to sign a joint declaration, which is to be the basis for future decisions. Among the more important results are also the concrete decisions to be made -- for example, issues on the agenda include the global ban on lead used in paints, environmental protection in regions of military conflict, stricter and increased checks concerning city air and sea waste.

"Pollution is the greatest health risk in the world. It causes three times as many deaths in the world as AIDS, tuberculosis and malaria combined and 15 times as many as war and other forms of violence," Kiisler said when explaining the focus and added that 6.5 million people a year die from health problems caused by air pollution alone.

The European Union at the assembly is to call for UN member states to make concrete, fast and measurable decisions to ensure that the health of people would no longer be impacted by air pollution, heavy metals, dangerous pesticides and fertilizers.

Kiisler at the opening day of the high-level meeting on Dec. 5 is to give a speech on how Estonia is fighting to improve the environmental situation. As the prerequisite of the speech is that every country names their promises that they will make for environmental protection in the next few years, the minister is to also name those of Estonia.

The UN Environment Assembly is the world's highest level organ to make decisions concerning environmental issues that was called to life by the UN Environment Program (UNEP). This is the third meeting to take place, but is to be held for the first time in such measures and for the first time is to also host that many high-level representatives. In addition to environmental ministers, participants also include heads of state, heads of international companies, NASA researchers, astronauts, non-governmental organizations and environmental activists.

UNEP is an international program that was founded in 1972, this year the 40th anniversary of the program will be celebrated. The main task of the program is to lead cooperation between countries for the global realization of sustainable development as well as to deal with global environmental problems.