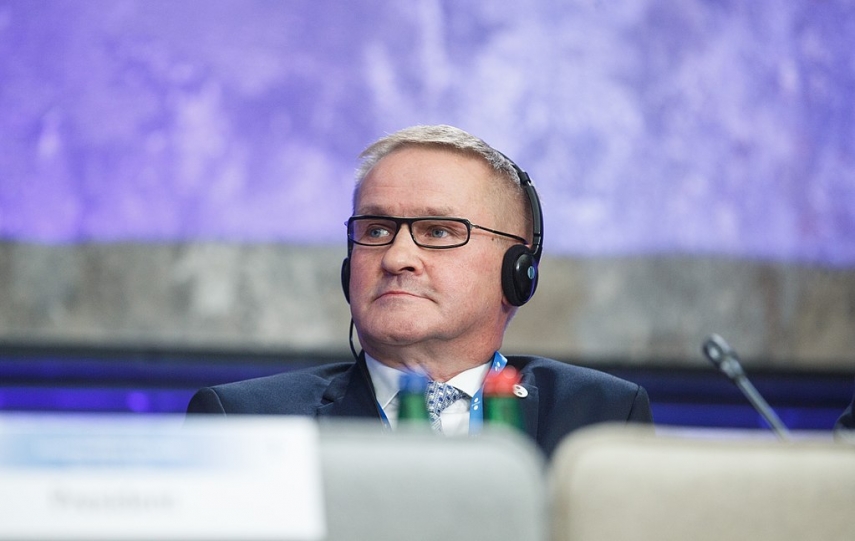 TALLINN - Estonian Minister of Public Administration Jaak Aab was caught by the police on March 11 for driving while under the influence of alcohol and on Tuesday announced that he is to step down as minister.

Aab submitted his resignation plea to the prime minister on Tuesday.

"I have always followed the principle that even with the smallest of suspicions, sitting behind the wheel of a car on the morning following alcohol consumption must be avoided. When starting my journey home from Tartu at midday on March 11, I unfortunately trusted my good well-being, which later turned out to be misleading. In hindsight, it was a double mistake, as I exceeded the allowed speed limit by driving at 73 kilometers per hour in an area of 50 kilometers per hour. In addition, the police identified signs of alcohol consumption or so-called residual effects. An alcohol content of 0.14 milligrams per liter was detected in the air I breathed out, which means 0.28 per mille in blood.

I regret the incident very deeply and I am in no way trying to justify myself. I have received my grave lesson and call for all drivers to not take to the wheel if there is even the smallest of suspicions. Taking to the wheel with signs of alcohol consumption is irresponsible toward other road users and there is no excuse for such a behavior.

I disclose the incident now as I was informed of the ruling of a misdemeanor procedure last week, based on which I was given as punishment the loss of the right to drive for one month. I will not challenge the decision, but plead guilty. I did not disclose the incident at the time of its happening as I did not wish to cast a shadow over the state budget strategy discussions with my behavior. I am also sorry that this will inevitably bring along reputation damage to the government and my home party.

I apologize to the people of Estonia and my colleagues. I thank the government for good cooperation and a strong team spirit -- several questions that are very important for Estonia were jointly solved. I am satisfied that the administrative territorial reform was completed successfully, we launched the relocation of jobs to counties and during the state budget strategy discussions both the state housing program and the launching of regional programs in the East-Viru County and southeastern Estonia were confirmed.

I informed the prime minister of my decision to step down as minister on Saturday and discussed the issue with fellow party members on Monday. I handed in my resignation on Tuesday."