Estonian minister: Democracies have not been able to deal with post-truth world 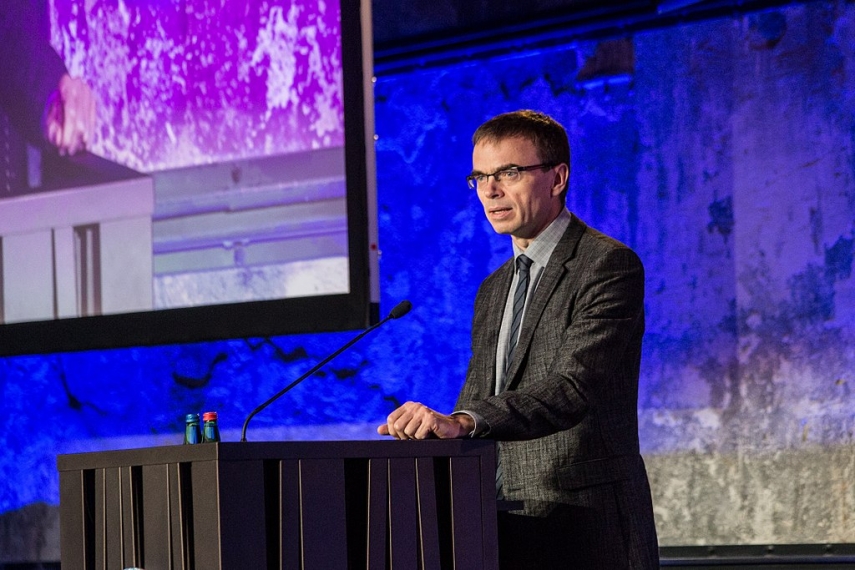 TALLINN - One of the reasons behind the wave of populism that has engulfed countries of the West is the inability of democracies to deal with the post-truth world and an information space functioning in a new way, Estonian Foreign Minister Sven Mikser told BNS in an end-of-year interview.

"I believe that the complete change in the information space that we live in plays a very big role in this," Mikser said in his answer to the question why populist movements and parties have become so strong in many countries.

"That a post-truth world, so to speak, has come to be, where the amount of information is immense and in a lot of media it is not possible for people to tell between what is true and what is not, what is objective, a story based on controlled facts, and what is a conspiracy theory," the Social Democrat minister said.

"There are indeed forces both within the countries as well as outside of the European Union that are attempting to find weak spots that can be exploited to split societies," Mikser said, referring to an article recently published in the United States which indicates that various internet troll farms in Russia and social media operators have been put to work to make use of differences over race as one such weakness in the United States. In addition, it has been said that there have been attempts to stir up social tensions in France from outside in connection with the so-called yellow vests protests in that country.

"I believe that there are such lines, along which it is possible to polarize the society, effectively in all European societies and democratic states; democratic governments must find a way how to deal with such vulnerabilities. It seems to me that we haven't found that effective antidote yet," Mikser said.

Speaking of Estonia, Russian information operations have had a rather small effect here to date, as we in this country have built immunity to influencing activity by Russia due to our history, Mikser said.

"Through the years, even through the decades, we have had a very high level of awareness in our society of it that Russia is trying to influence our domestic policy and our societal processes and public opinion. This perhaps has made us more cautious and helped us to a certain extent to deal with such attempts, compared with how this is managed by some Western societies perhaps," he said.

There are nevertheless topics that can be used to cause a sharp split in Estonian society, according to Mikser.

"We can no longer assume today that attempts to cause tensions in our society from outside would be limited to the topics of language and citizenship alone. There are definitely many other topics where -- beginning with protecting the so-called traditional family and ending with matters of migration -- it is possible to stir up tensions in Estonian society very quickly and not necessarily very much based on facts," the minister said.

"I'm not claiming that there's an outside hand involved in all these exchanges of opinions. But for sure -- just like racial tensions in America -- these topics in Estonian society are such where it is possible to add fuel to fire when this seems useful to someone," Mikser said.

The minister added that in addition to us having entered a post-truth world, socio-economic stagnation in many countries of the world, which at least seemingly is preventing an improvement in relative living standards for decades and even for generations, may be partly to blame for the rise of populist forces.