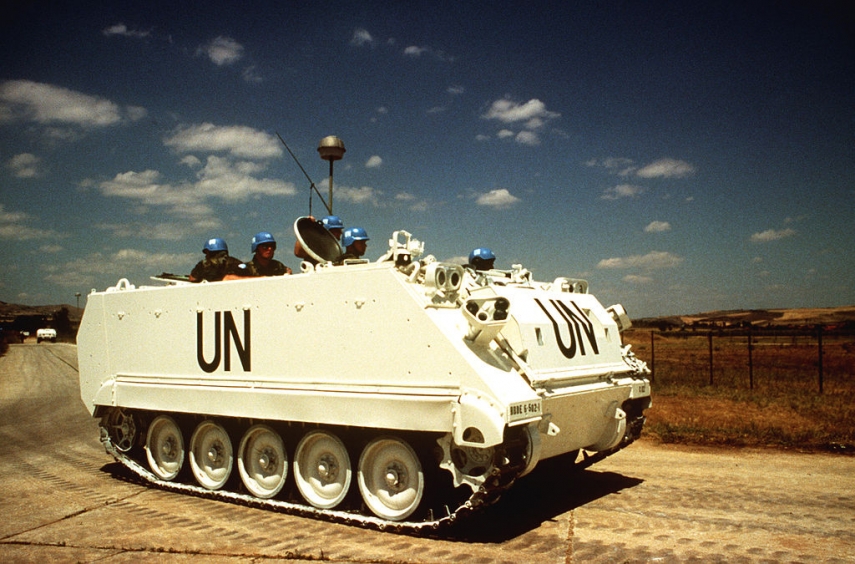 TALLINN – The UN peacekeepers in southern Lebanon are a stabilizing force that helps prevent a potential new conflict, Fouad Fadel, the Estonian honorary consul in Beirut said during a meeting with Estonian peacekeepers.

"Peacekeepers in Lebanon are there not only to monitor the situation, they also serve as a buffer. Their presence is a key to stability, which doesn't let the situation escalate," Fadel said according to military spokespeople in Tallinn.

He said that the presence of the peacekeepers also allows the international community to keep an eye on the state of affairs.

During his visit to the UNIFIL contingent, Fadel met at checkpoint 2-45 with the commander of the Irish-Finnish battalion, Lt. Col. Neil Nolan and other commanders of the battalion, as well as with the Estonian personnel, who were able to ask him questions about life in Lebanon.

"My recommendation for you in communicating with the local people is to be simple -- to sit down and talk with them, talk about your country, what you eat, how you spend your time. Your Estonian qualities may be the key to succeeding in local communities," Fadel said referring to the calm, feet-on-the ground attitude of Estonians.

The residents of the Estonian contingent's area of responsibility in southern Lebanon are mostly villagers and peasants whose communities cherish strong family ties and who attach very big importance to family values. In addition, according to Fadel, Lebanon and Estonia are bound by their histories extending over several thousand years as well as their rich tradition.

Fouad Fadel has been serving as the Estonian honorary consul in Lebanon since 2016.

The Estonian contingent serving with UNIFIL in the mountainous Bint Jubayl region of southern Lebanon as part of the Irish-Finnish battalion is made up of approximately 40 military personnel.