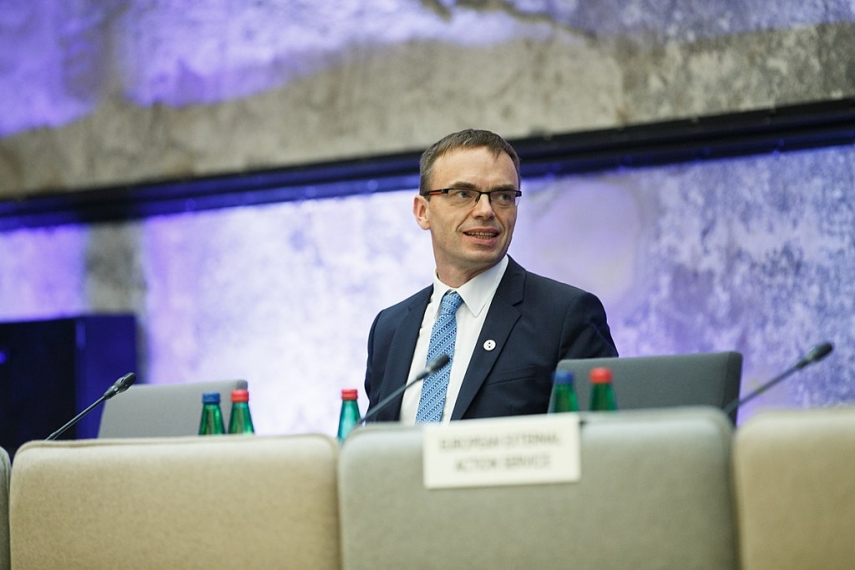 TALLINN – Estonian Foreign Minister Sven Mikser is taking part in a meeting of the EU Foreign Affairs Council in Brussels on Monday that will focus on the situation in the Middle East and Iraq.

Prior to the Foreign Affairs Council, the ministers will have an informal breakfast with Benjamin Netanyahu, prime minister of Israel, spokespeople for the Estonian Foreign Ministry said.

Other topics on the agenda of the meeting include the permanent structured cooperation in defense (PESCO), follow-up to the African Union - EU summit and implementation of the joint statement, and  a meeting with colleagues from the G5 Sahel. The Council is also expected to adopt a number of conclusions, including the conclusions on Thailand and the Democratic Republic of the Congo, the gender action plan and the new strategy on aid for trade.

The foreign minister of Estonia will hand the EU sanctions map, a digital data visualization tool created by the Estonian Ministry of Foreign Affairs, over to the high representative of the EU for foreign affairs and security policy, Federica Mogherini.