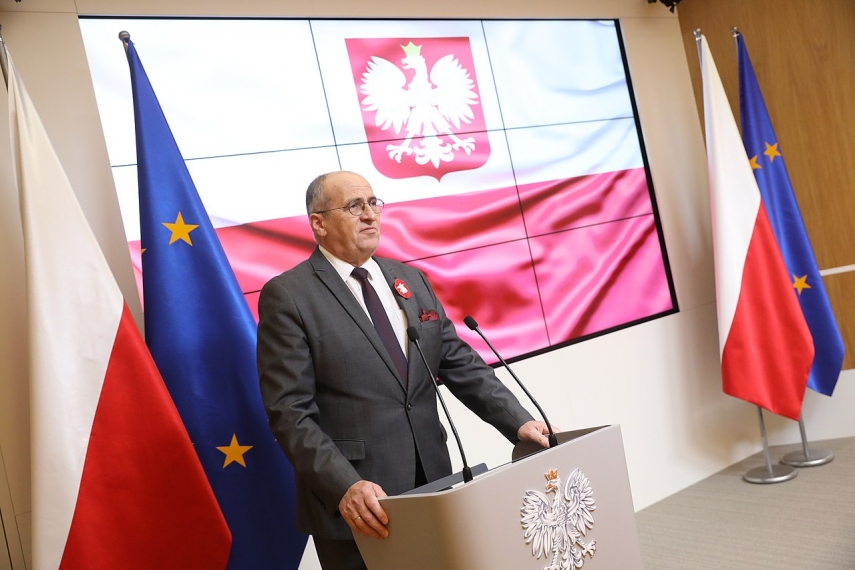 The Estonian foreign minister underscored that Poland has a major role in ensuring security in our region, which is illustrated by the state's direct contribution to Estonia's security, spokespeople for the Ministry of Foreign Affairs said.

"Estonia greatly appreciates Poland's participation in NATO's collective defense. For example, they've taken part in the Baltic air policing mission with their aircraft at the Amari and the Siauliai bases and frequently rehearsed cooperation together with us and our allied units as part of Estonia's annual Kevadtorm military exercise," Liimets said. "The cooperation between Estonian and Polish defense personnel in countering the hybrid attack by Belarus on the EU-Belarus border is also very good and important."

The two foreign affairs ministers' main focus was on the deterioration of Europe's security situation.

"By putting Ukraine under unprecedented military, hybrid and political pressure, Russia has challenged the foundations of European security," Liimets noted. "We need to respond to this intense action jointly and with strong messages. Ukraine needs our support and comprehensive help, which we are offering together with our partners and allies."

The two foreign ministers also discussed other topical EU matters, such as the climate policy as well as cooperation in the Three Seas Initiative and democratic states' global efforts to develop market and values-based trusted connectivity.