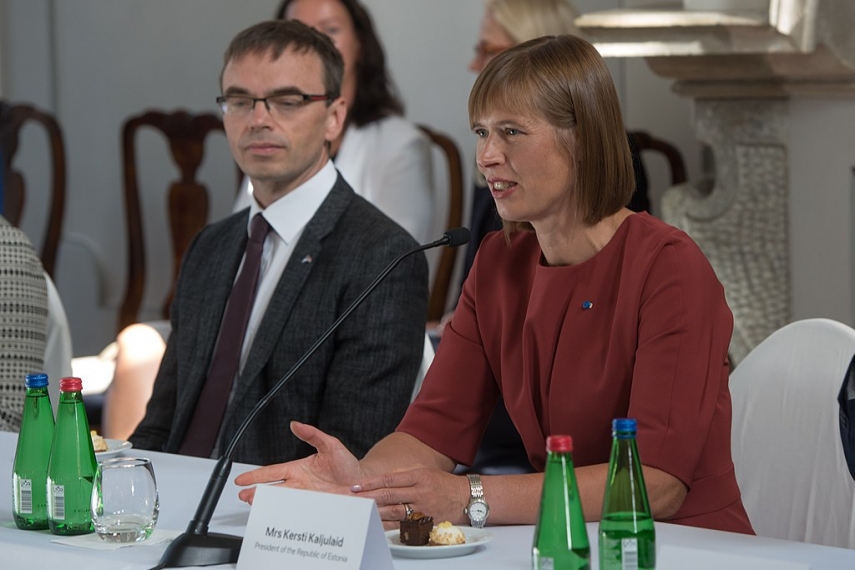 He quoted Kaljulaid as telling the daily newspaper Eesti Paevaleht in a recent interview that "Russian journalists asked me in which case I was ready to visit Russia. I said should the border treaty between Estonia and Russia be ratified I would definitely pay a visit to express my gratitude."

Mikser said it was agreed with Russian Foreign Minister Sergei Lavrov when the border treaties were signed in 2014 that the parliaments would ratify those documents at simultaneous hearings. The treaties have passed the first reading in the Estonian parliament, "but Russia's State Duma has yet to do so," he said.

"Sure, we have been living without this treaty for 26 years and we will continue doing so, but its ratification would certainly make sense from the angle of the international law and neighborly relations," Mikser said.

He said he believed that the endorsement of the border treaties followed by the border demarcation "would also meet the interests of Russia and therefore expected the State Duma to take steps in that direction."

"Hopefully, irrespectively of the political setting, our Russian colleagues will demonstrate political maturity and farsightedness to the mutual benefit," he said. "Foreign Minister Lavrov is still invited to exchange instruments of ratification," Mikser said.