Estonian ex-PM: Ratification of Rail Baltic accord will result in litigation 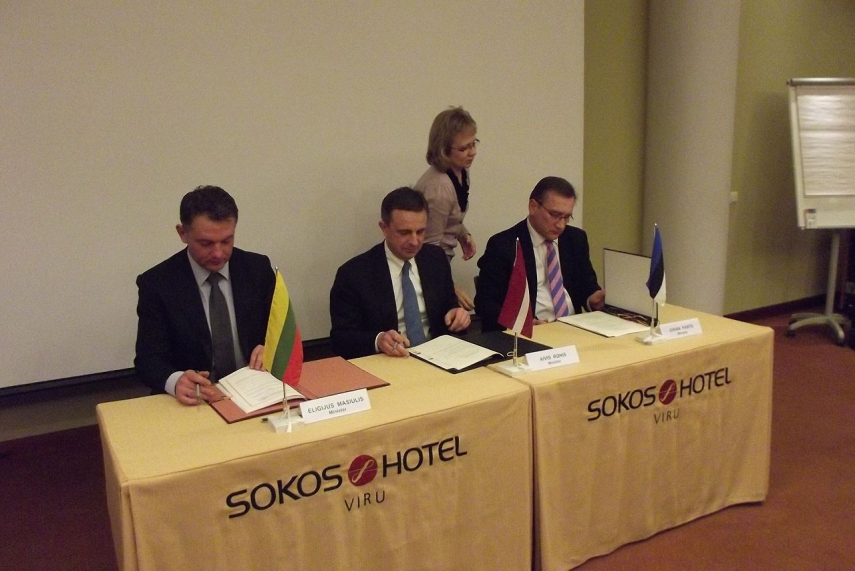 TALLINN - If the Riigikogu ratifies the agreement on the construction of Rail Baltic, the Estonian Naturalists' Society, the Estonian Society for Nature Conservation and the Estonian Geographical Society will go to court, Andres Tarand, former prime minister of Estonia and President of the Estonian National Association of the Club of Rome, said.

"It's been agreed with the societies, and their governing bodies agree with litigation," Tarand told BNS on Wednesday. "The associations will be making use of the right given by the Arhus convention and will go to court to make the government abide by the duties placed upon it by the law."

The Riigikogu is scheduled to handle the bill to ratify the Rail Baltic accord at an extraordinary sitting on June 19 and is expected to ratify it, according to the former MEP and two times minister of environment.

"Estonia in 2001 ratified the Arhus convention, in which it is agreed that all issues concerning the environment are public," Tarand said. "These topics must be public and their discussion must be in-depth. But what has been done in our country -- the whole matter has been handled in secrecy and on top of everything else we don't know the persons who are responsible. I'm no lawyer, but as far as I understand this is a breach of this convention because nothing has been discussed on a broad front," he said.

Tarand added that the possibility exists that the construction of Rail Baltic may also run counter to two articles of the Constitution. "But we don't get to know this before the matter is handled by a court, because we all may have our own interpretations," he said.

Tarand, who served as caretaker prime minister of Estonia from November 1994 to April 1995, said that the nonprofits will take action only once the agreement has been ratified by the parliament.