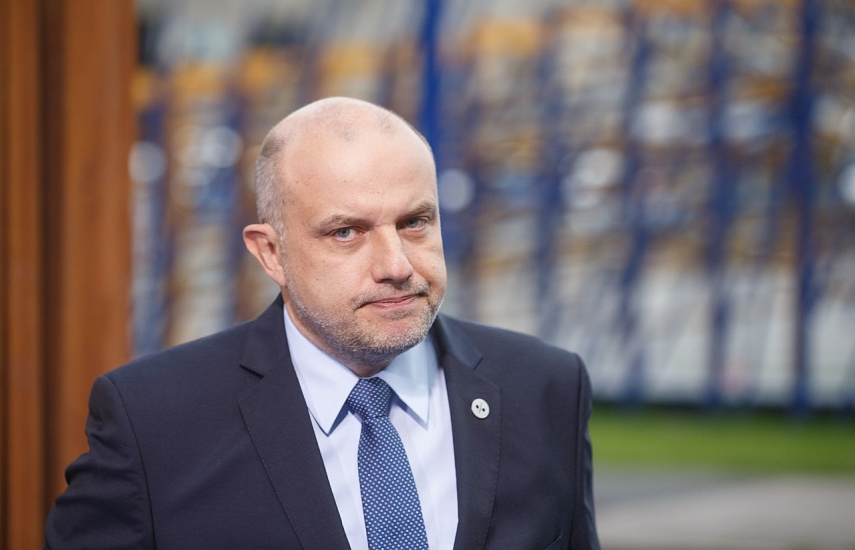 TALLINN - Estonian Minister of Defense Juri Luik is participating in the Munich Security Conference this weekend, during which several bilateral meetings have been held to discuss current issues relating to security and defense.

At a meeting with Supreme Allied Commander Europe (SACEUR), Gen. Curtis M. Scaparrotti, Luik thanked the general for his dedicated and effective work in planning the military defense of Estonia and the eastern flank of NATO, spokespeople for the Ministry of Defense said. Luik pointed out that Scapparrotti has significantly contributed to developing a strategic map of threats and the corresponding military capacities.

"From the perspective of Estonia's military defense, cooperation with the supreme allied commander Europe has been effective. Gen. Scapparrotti has, similarly to his predecessors, made a very professional and weighty contribution to ensure that all states in the alliance are better protected," Luik said.

Estonian President Kersti Kaljulaid ruled in January to bestow the Order of the Cross of the Eagle, 1st Class, on Scaparrotti for his significant role in strengthening the alliance's defense and deterrence posture.

At a bilateral meeting with the Dutch Minister of Defense Ank Bijleveld-Schouten, the discussion focused on cooperation between Estonia and the Netherlands in security and defense policies in which the two states are actively participating.

Luik thanked his Dutch colleague for her contribution to ensuring security in our region. Dutch defense personnel are serving as part of the allied battle group in Lithuania and contributing to the work of the NATO Cooperative Cyber Defense Center of Excellence in Tallinn as well as NATO Force Integration Unit.

At a meeting with Polish Minister of Defense Mariusz Blaszczak, discussion topics included security in the region as well as strengthening the deterrence and defense position.

"To Estonia, Poland is a very close and important ally in NATO, thus our visions for security and defense matters are similar. The military presence of the United States in Europe is important to both states, and more narrowly in our regions, where the military contribution of the most powerful NATO ally is required to counterbalance Russia's aggressive behavior," Luik said.

In addition to bilateral meetings, Luik also attended a round table with Lithuanian Minister of Defense Linas Linkevicius and several renown experts in defense. The event was organized by the International Center for Defense Studies and focused on planning the Baltic states' military defense.

During the Munich Security Conference, the Estonian minister of defense is also to meet with his Swedish colleague Peter Hultqvist to discuss bilateral and regional security and defense issues.

Held annually since 1963, the Munich Security Conference has developed into one of the world's most influential international arenas for the exchange of ideas in matters related to security and defense.