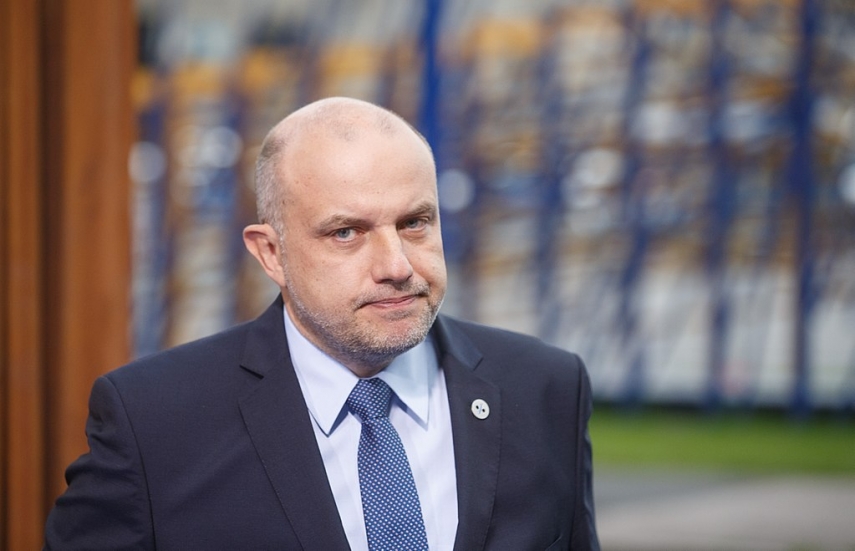 TALLINN – Estonian Minister of Defense Juri Luik met with his Finnish counterpart Jussi Niinisto on the Estonian island of Muhu on Friday evening to discuss defense cooperation between the two countries as well as issues concerning regional security, the Ministry of Defense said.

"Finland is a trustworthy friend to Estonia and one of the most important security partners," Luik said, adding that the defense cooperation of Estonia and Finland has been extremely successful over the years.

The minister said that Estonia has carried out mutually beneficial cooperation with Finland in the field of equipment and procurements. For example, the two countries have jointly purchased radars and recently have been involved in acquiring K9 Thunder howitzers. Cooperation between the two countries has also involved capacity development. Luik thanked the Finnish government for the recently approved decision to sell ammunition for 155 millimeter howitzers to Estonia.

"We have a security approach very similar to that of our northern neighbor, which is why the close cooperation and exchange of information between our countries are obvious," Luik said.

Luik commended Niinisto for Finland's remarkable contribution to the Estonian large-scale exercise Siil 2018 (Hedgehog 2018) and invited units of the Finnish defense forces to once again participate in the exercise Kevadtorm (Spring Storm) next spring. The ministers also discussed defense cooperation developments in the European Union at the meeting.

"These decisions that were made last year, for example the establishment of the permanent structured cooperation in defense, or PESCO, are now going to be realized in practice," Luik said.

"The taking of place of the exercise Vostok 2018 comes as no surprise. Russia is organizing strategic exercises that encompass the entire military district every year and the scale of Vostok demonstrates Russia's long-term focus on developing the capacity for large-scale warfare," Luik said. He added that the course of the exercise and its active period will nevertheless be monitored closely.

Finland is contributing its high-level expertise to the work of the NATO Cooperative Cyber Defense Center of Excellence (CCDCOE) and the Baltic Defense College located in Estonia.