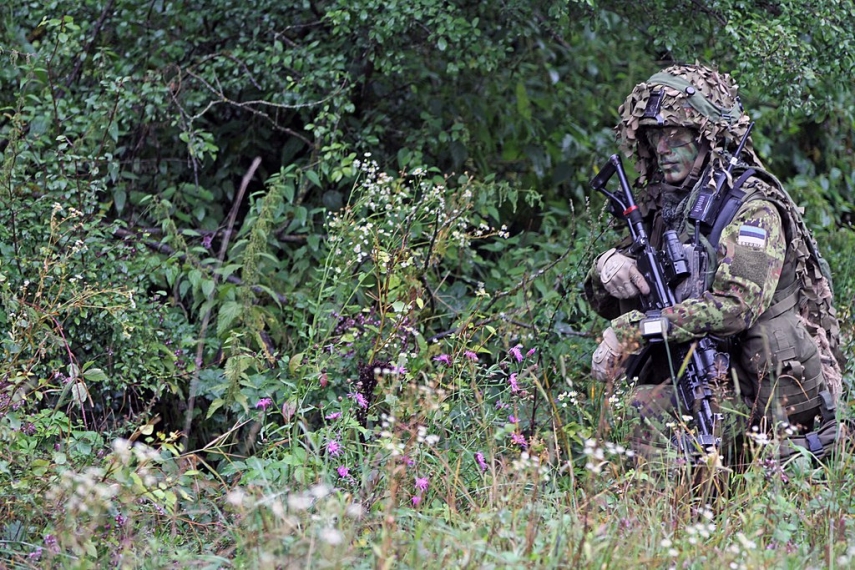 TALLINN - The Estonian flag was lowered at a ceremonial line-up held at the headquarters of the NATO-led peacekeeping mission Kosovo Force in Pristina this week, marking the end of Estonia's 19-year participation.

"I thank Estonia for being a part of our long-term commitment to building a better future for Kosovo," commander of the NATO-led peacekeeping mission Kosovo Force (KFOR) Maj. Gen. Salvatore Cuoci of the Italian armed forces was quoted by headquarters of the Estonian defense forces as saying.

At the event on Tuesday, Cuoci handed over the Estonian flag to MSgt. Andres Boklan, the last serviceman of the Estonian defense forces participating in the mission, and thanked the approximately 780 Estonians who also took part in it. Cuoci commended them for their skills and professionalism.

MSgt. Boklan presented to Cuoci a plaque listing all units in which Estonian soldiers have served.

"The Kosovo Force was the first NATO mission in which the Estonian defense forces participated, which supported our efforts to join the alliance. It showed our credibility and preparedness to contribute to joint missions," commander of the Estonian defense forces Gen. Riho Terras said, adding that he was glad he could say the mission was completed successfully. Estonia will keep contributing to other NATO and UN missions, Terras added.

Estonia has participated in the NATO-led KFOR mission from November 1999, when the first unit ESTPATROL-1 consisting of 10 soldiers started their service. Estonian units from ESTPATROL-1 to ESTPATROL-14 served in the Italian contingent until December 2006. Baltic reconnaissance units BALTSQN-7, BALTSQN-10 and BALTSQN-13 served as part of the Danish contingent from March 2003 to August 2006. The Estonian defense forces' reconnaissance platoons from ESTRIF-1 to ESTRIF-6 participated in the mission from February 2007 to February 2010.

In recent years, Estonia has deployed to KFOR a staff officer and a staff non-commissioned officer.