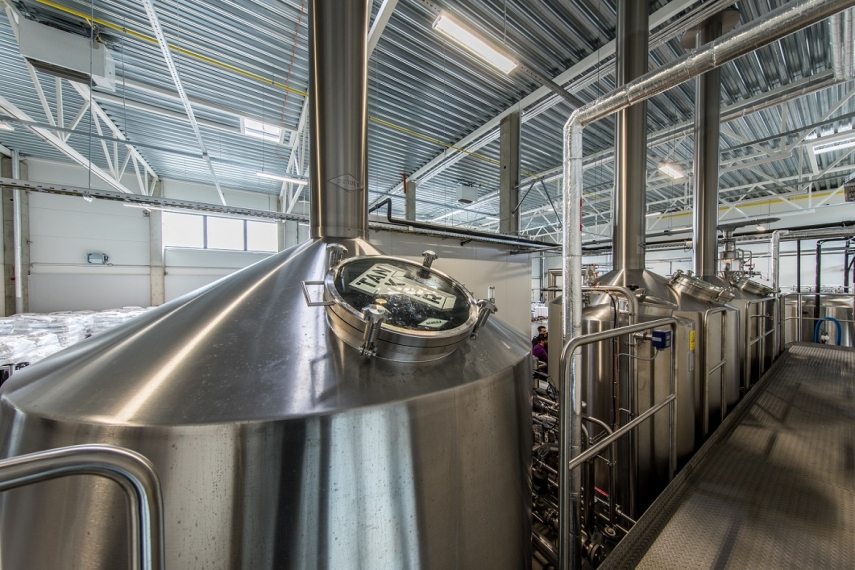 The popular Estonian craft beer maker Tanker opened in Jüri, near Tallinn, a new factory, which is nearly two times bigger than their existing factory. The company will use the new facility to become the first small local brewery to package beer in cool tin cans instead of glass bottles.

Jaanis Tammela, CEO of Tanker, said that with the new factory and its extensions, Tanker would be able to increase production by almost 10 times. "Tanker's first brewery was completed at the end of 2014 and we were able to double our production capacity already the following year. The brewery was short of space pretty soon though and in order to increase capacity, we had to start planning a new and even bigger factory," he said.

Kaspar Schulz, the German family-owned company with over 300 years of history, was chosen as the brewery equipment provider; the Estonian company, Thorsteel supplied the new and larger tanks, and the canning line was purchased from Canadian company Cask Global Canning. The latter also indicates the next major change – Tanker will start offering its products in cans.

According to Tammela, a can has several advantages over a bottle. "First of all, beer is better preserved in cans because oxygen and UV light cannot get to the product. Secondly, the use of cans significantly reduces the ecological footprint, as metal is almost 100% recyclable and significantly easier to transport compared to glass bottles. In a situation where more than a half of the company's output is exported, the use of cans is the only conceivable solution," he said.

During the construction work of the brewery and the building in the borough town of Jüri, Tanker took into account the needs of the brewery to be established. A bank loan and financing from the Estonian Agricultural Registers and Information Board (PRIA) were used and a successful co-financing campaign was carried out in the Funderbeam community to finance the expansion. The total investment amounts to 1.2 million euros.

The Tanker Brewery started out from the common need of three homebrewers to make larger amounts of good beer and to provide it to others. The company, based on the Estonian capital, has registered over 70 beers over its short period of existence, many of which are one-off brews, aimed to introduce consumers to novel and extraordinary flavours.