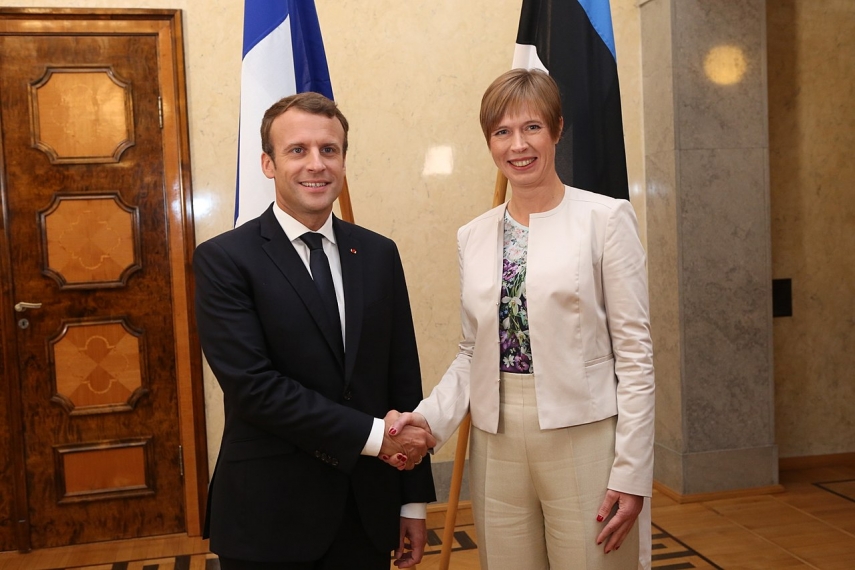 TALLINN - Estonian President Kersti Kaljulaid and her French counterpart Emmanuel Macron met in Tallinn on Thursday evening, and spoke about bilateral cooperation in the fields of security and information technology as well as about the future and possible reforms of the European Union.

"The French soldiers are standing side by side with our soldiers at Tapa, their fighter jets have guarded our airspace and will also guard it in the future, we are participating in missions in Africa. There are only a handful of countries with whom our cooperation in standing for common values and guaranteering security is as close," Kaljulaid said at the meeting and thanked Macron for France's contribution.

According to Kaljulaid, they also talked about digital cooperation. "For France, Estonia is one of those countries with whom IT cooperation is considered a priority. Exchanging experience with e-governance, but also cooperation in guaranteeing cyber security, are definitely the fields where the relationship between the two countries will become stronger in coming years," she added.

The heads of state also discussed topics connected to the future and reforming of the EU. "The European Union is the assurance of our freedom and independence, therefore our interest is that this union is as active and united as possible. For us the EU not only means economic opportunities, but also belonging to a common value space. We support these reforms which make the EU stronger," Kaljulaid said.