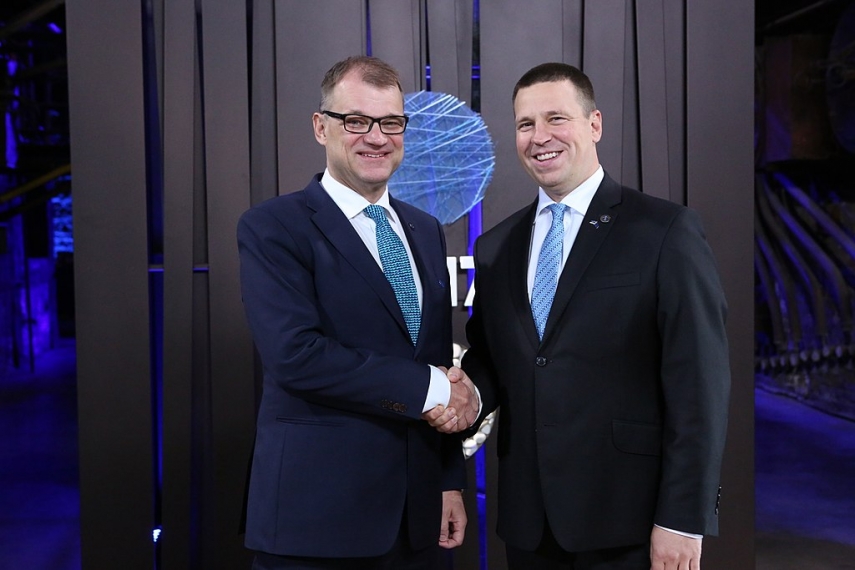 TALLINN – Estonian Prime Minister Juri Ratas and his Finnish counterpart Juha Sipila opened a bicycle ride dedicated to the 100th anniversary of the Republic of Estonia in Helsinki on Sunday.

Participants in the all-family event could choose between two distances, both inspired by the centenary of Estonia: the distance of 100 km celebrated the anniversary of the Republic of Estonia, while the 24.2 km course celebrated the Independence Day of Estonia.

"Estonia and Finland share a special relationship. Last year, we had a spirited football match in Tallinn with the Finnish prime minister and the Government Office to celebrate the 100th anniversary of their country. This year, we bolstered our spirits and bodies in a common bicycle ride in Helsinki. I do hope that events like these will become a tradition," Ratas said.

After the bicycle ride, all participants could enjoy a musical performance by Kari Paavota, a renowned Finnish percussionist, Silver Laas and Janno Trum; and Finnish masters of jazz, Mikko Pettinen and Aki Haarala.

"We are facing a busy and crucial autumn for Europe. We must move forward in the European Union with many complicated topics, most of all Brexit and migration," Ratas said.

In addition, the heads of government discussed the presidency of the European Union and Estonia's recent experiences. Finland is now preparing for their presidency in the second half of 2019.

"I do hope that Finland will actively proceed with developing digital topics and Eastern Partnership during their presidency. Also, strengthening the external borders of the European Union," Ratas said.

The Estonian-Finnish bicycle ride was organized by the Government Offices of Finland and Estonia, and the management team of Estonia 100 in cooperation with Cycling Finland and Cycle Club Helsinki.