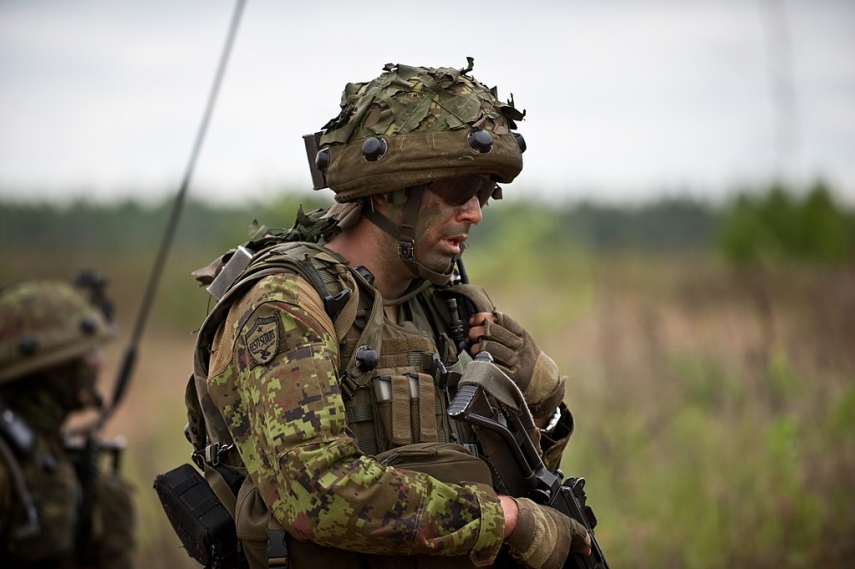 TALLINN – Combat engineers from the Estonian Scouts Battalion, the allied battle group and the Finnish defense forces displayed their skills in overcoming and clearing different obstacles during a demonstration event held at the Estonian defense forces' central training ground as part of the Saber Strike exercise on Friday.

"The presence of Finns here is very positive because their actions are very similar to the actions of our combat engineer units, especially when it comes to the emplacement of obstacles and mine-laying, which many countries don't rehearse a lot anymore," combat engineer inspector Lt. Col. Vesse Poder said, adding that the event in Estonia offers the Finns a very good opportunity to train together with NATO units.

During the demonstration event, combat engineer units of different countries were able to get familiar with each other's equipment, tooks and capabilities, while the infantry got a better idea of what combat engineers can support them with. A demonstration was held of the capabilities of the pioneer equipment of different countries to overcome natural obstacles and obstacles emplaced by the enemy. A demonstration detonation of an explosive device was conducted and Finnish personnel demonstrated the installation of a pioneer bridge.

The obstacles emplaced were overcome by a British Trojan pioneer tank, a SISU XA188 armored personnel carrier of the Estonian Scouts Battalion and SISU XA185 personnel carriers of the defense forces of Finland.

Saber Strike, the 2018 edition of which runs until June 15, is an annual large-scale exercise held by U.S. Army Europe. Some 18,000 defense personnel are taking part in the exercise in the Baltic countries and Poland, including over 2,000 in Estonia.