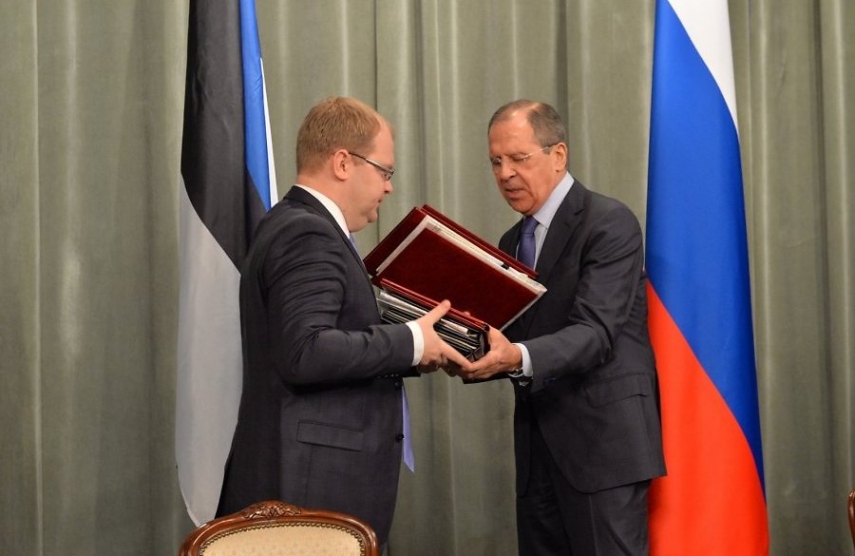 According to the notice published on the official website of the President, Putin appointed First Deputy Foreign Minister Vladimir Titov as his official representative for reviewing the agreements in both houses of the federal assembly.

The explanatory note of the bill of ratification of the agreements states that the agreements, signed on 18 February 2014 in Moscow, are in line with the Russian Federation laws and that they have to be ratified.

On 18 February 2014, the then Minister of Foreign Affairs of Estonia Urmas Paet and his Russian counterpart Sergei Lavrov signed three agreements in Moscow: on the Estonian-Russian land border and sea borders at Narva and the Gulf of Finland; the third treaty signed concerned the conditions of the location of the embassies.

Negotiations on the border had been in process since Estonia first regained its independence in 1991. The process has been delayed by disagreements regarding the Treaty of Tartu, signed after the Estonian War of Independence in 1920, which set out Estonia's territory, including a number of areas transferred to Russia during the Soviet period - such as Jaanilinn (now Ivangorod) across the river from Narva and the town of Petseri (now Pechory). Estonia dropped its territorial claims to these areas in 1995, but continued to cite the document in the proposed border agreement.

ERR writes that according to the border agreement under consideration, 128.6 hectares of land and 11.4 square kilometres of land will be exchanged between the two countries, while Estonia will receive a small area of land near the village of Varska in Polva County, through which a road runs connecting two Estonian villages; at present, the Estonians are allowed to drive along the part of the road that passes through Russian territory, but not to stop their car or go by foot.