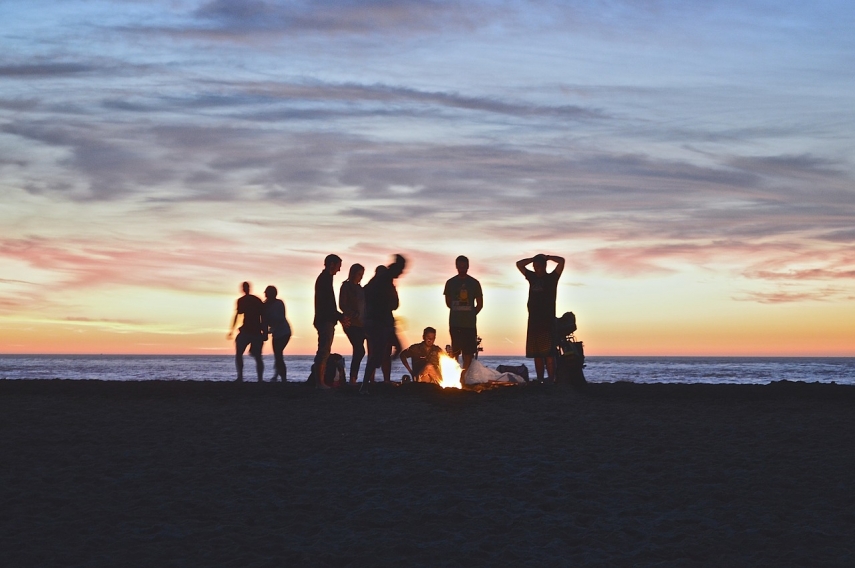 TALLINN - The Estonian Rescue Board and the Police and Border Guard Board last weekend paid heightened attention to people's behavior both by bodies of water as well as in nature.

Rescuers checked the public campfire sites, most popular recreational areas and swimming places of their districts, where there have previously been problems or where risk from the perspective of fire and water safety is higher, the Rescue Board said.

Martin Lambing, head of the department for rescue work at the Estonian Rescue Board, said that in problem locations, where there were campfires lit or people were grilling, holidaymakers were asked to stop their hazardous activities and people usually did so peacefully. "We informed people of the restrictions in effect during a period of great fire hazard and advised them on how to behave during the current period of time," Lambing said.

Rescuers and police officers talked to people in swimming places and gave advice regarding water safety. The existence and maintenance of rescue equipment was also checked in swimming places. "Rescuers generally received positive feedback from the residents, restrictions were understood and hazardous activity by having an open fire or grilling was stopped peacefully after being notified by the rescuers," Lambing said.

Approximately 286 rescue events took place last weekend. A total of 158 of them were fires and six accidents on bodies of water. Forest and terrain fires made up 49 of the rescue events, the largest of which was the forest and terrain fire in Narva-Joesuu on July 27, where altogether approximately five hectares of terrain and forest was on fire. A helicopter of the Police and Border Guard Board also participated in extinguishing the fire. A second larger fire was registered in Laane County on July 28, when fire on a grain field spread to about 10 hectares in Jalukse village. Three people drowned and one person lost their life in a fire over the weekend.

A period of great fire hazard is still in effect across Estonia due to dry and hot weather. This brings along additional restrictions foremost concerning activities in the forest.

If necessary, rescuers and police officers this week will continue raids to campfire sites and swimming places on a district basis.