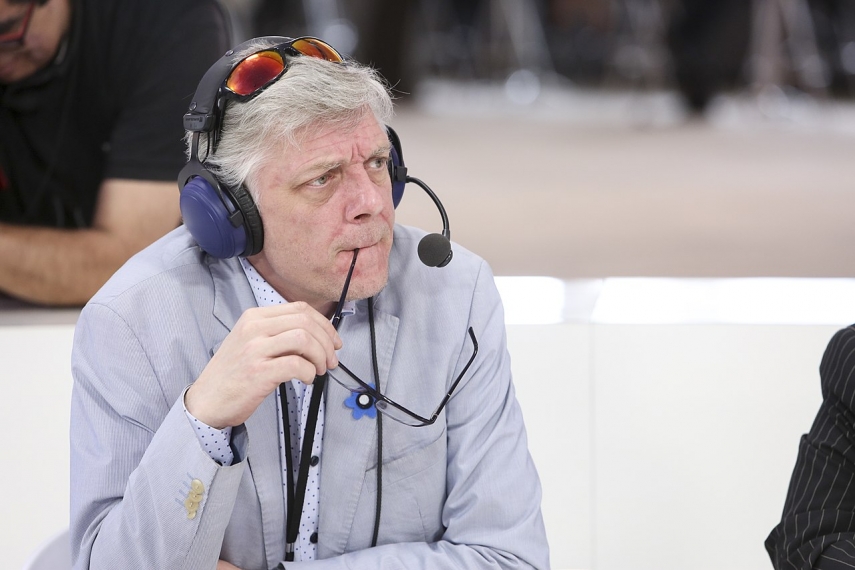 TALLINN - The North District Prosecutor's Office did not see a crime in former MEP Indrek Tarand keeping the money transferred to him from the bank account of the Foundation for the Protection of the Family and Tradition (SAPTK).

On May 23, SAPTK transferred altogether 2,000 euros from its account to the bank account of Indrek Tarand and in the explanation of the payment order wrote "The donations of several readers of Objektiiv in support of Mart Rieberg and Meelis Osa."

However, as Rieberg and Osa also transferred the same sum of money to Tarand's account pursuant to an agreement confirmed in court, SAPTK leader Varro Vooglaid demanded that Tarand return the extra 2,000 euros but the latter has not done that so far.

North District Prosecutor Ulle Jaanhold found on Monday that there is no basis for launching criminal proceedings on the basis of SAPTK's report. "When making the transfer, it has not been specified what the donation to Indrek Tarand has been made for, nor does it specify in advance the conditions under which Indrek Tarand is required to accept or return the donation," she said.

According to the prosecutor, Indrek Tarand's activity contains no characteristics of the section of the Penal Code on embezzlement. "This is a dispute arising from a unilateral transaction and it is possible to take the money refund claim to civil court," Jaanhold said.

At the same time, SAPTK can appeal against the decision of the North District Prosecutor's Office to the Office of the Prosecutor General.

Varro Vooglaid, leader of SAPTK, told BNS that he feels that different laws apply to different people in Estonia.

"Tarand knew very well what we transferred the money on behalf of SAPTK to him for. He also explicitly promised to return the money, and only on the basis of that promise did Osa and Rieberg transfer the same amount to him again. When Tarand had received the money for the second time, he withdrew his promise to pay back the money and began to sneer that you were stupid to believe my promise," Vooglaid said.

"Such behavior by the prosecutor's office clearly undermines people's faith in the rule of law. Especially knowing that if you are a prominent person with good ties, you can break the law however you wish -- there is nothing to fear," he added.

Pursuant to an agreement reached in the course of a conciliation procedure on May 10, Rieberg and Osa were to apologize to Tarand and pay him a compensation of 2,000 euros.

The Foundation for the Protection of the Family and Tradition (SAPTK) on July 17 turned to the prosecutor's office with regard to former MEP Indrek Tarand not having returned the 2,000 euros paid by SAPTK on behalf of Mart Rieberg and Meelis Osa, two men who attacked Tarand during an anti-immigration rally of the Estonian Conservative People's Party (EKRE) in front of the Riigikogu in November 2018.

Rieberg and Osa then turned to SAPTK for help in raising the required sum, which the foundation got together on the same day and transferred to Tarand's bank account.

Tarand's lawyer, however, told the representatives of Rieberg and Osa that their client does not agree to the fulfillment of the conciliation agreement in such a way and demands that Rieberg and Osa personally make the payments.

While Rieberg and Osa subsequently each made a payment of 1,000 euros to Tarand's account on May 28 and 29, also from the donations raised by SAPTK, Tarand, however, has not returned to the foundation the 2,000 euros, and has thus been paid double the sum agreed in the conciliation process.