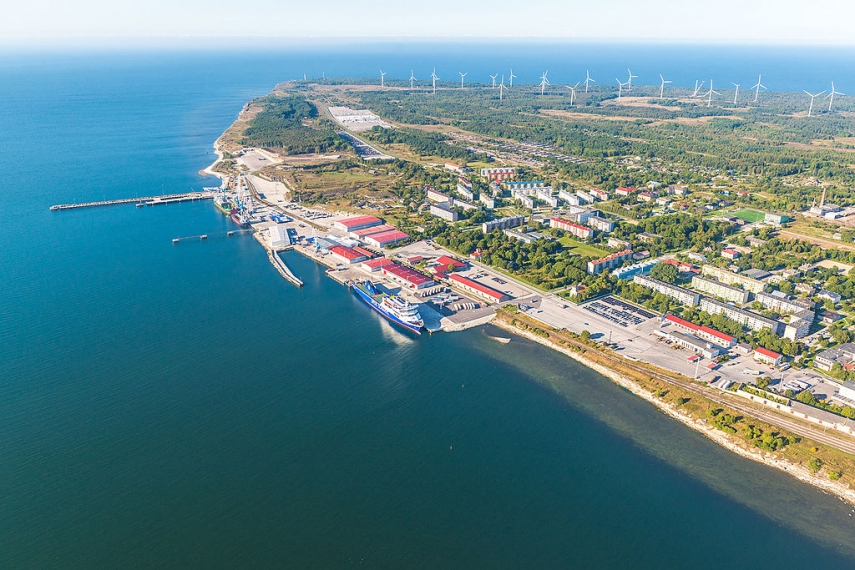 TALLINN - Paldiski Association of Entrepreneurs (PEL) of Estonia wishes for the Saue-Lagedi section, which is intended to connect Paldiski with the Tallinn ring railway, to be planned as part of Rail Baltic railway.

Paldiski is a rapidly growing industrial center in the Baltic Sea region. Based on the Paldiski investor service program developed by PEL and Team Paldiski, an investment of one billion euros is to be made by 2030 in the territory of Paldiski and the West-Harju rural municipality, which requires a resource-intensive logistic capacity, it is written in a letter by PEL CEO Ester Tuiksoo to Minister of Economic Affairs and Infrastructure Kadri Simson.

Paldiski entrepreneurs have a need to receive railway goods which arrive via a 1,520 mm gauge railway from the direction of Narva, Koidula and Valga.

"Connecting Paldiski to Rail Baltic via 1,435 mm gauge railway cannot replace the 1,520 mm gauge connection. Due to the small volume of potential market size, sending goods to Paldiski via the 1,435 mm gauge railway is just a supplementary option, which is not economically feasible, as additional costs in time and money will incur. That, in turn, will decrease businesses' competitiveness," Tuiksoo said.

She added that it would be advisable that this section be constructed in successive stages. "We have acquainted ourselves with the proposal for construction of the Tallinn ring railway presented by Estonian Railways and the Estonian Logistics and Transit Association, and we support a future solution connecting Paldiski to the domestic and international railway network," it was written in Tuiksoo's letter to the minister.

PEL has called for a roundtable of parties interested in the construction of the Saue-Lagedi section, including the Estonian Ministry of Economic Affairs and Communications, Estonian Railways, Rail Baltic Estonia OU, Logistics and Transit Association, Paldiski South Harbor, Paldiski Northern Port, AS Alexela Terminal and representatives of local government bodies.

The CEO of Estonian Railways, Erik Laidvee, told public broadcaster ERR in October that the main objective of the establishment of the new railway is to remove the cargoes moving towards the ports of Paldiski from the Kopli freight station in order to reduce environmental and safety risks and eliminate the need for freight trains to pass through the area of the planned Ulemiste passenger terminal of Rail Baltic.

Estonian Railways estimates the whole ring railway to cost around 112 million euros to build, with the exact cost depending on the specific solutions to be used, which have not been determined yet.

Decisions for constructing the ring railway are yet to be made, but the analysis commissioned by Estonian Railways has been transmitted to the Ministry of Economic Affairs and Communications.