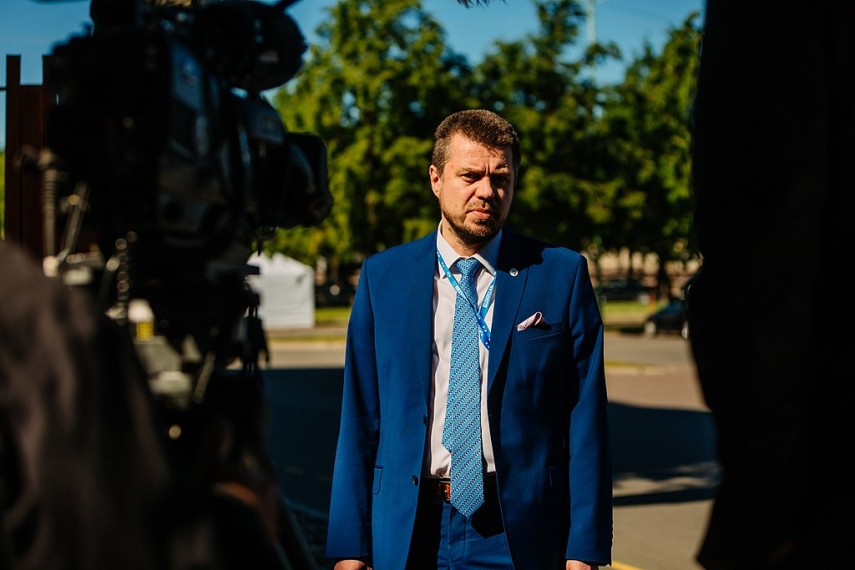 TALLINN - Speaking at an event marking the 24th anniversary of the withdrawal of Russian troops from Estonia on Friday, Estonia's Minister of Justice Urmas Reinsalu said that Aug. 31 is the day of the victory of the Estonian people over occupiers.

Reinsalu said that with good reason, people have started to call this day Patriot Day, spokespeople for the Ministry of Justice said.

"The moment when Russian soldiers left Estonian soil symbolizes the entire struggle that Estonian men and women waged against occupiers over the decades. The history of the Estonian people during the occupation is not only a history of repressions and everyday life. The fight for freedom is a bright page in this history. This fight for freedom took many different forms, but the goal was one: not agreeing to live under a foreign power," Reinsalu said at the ceremony in Tori memorial church.

"In the year of Estonia's centennial we remember all those who fought for freedom and those who perpetuated the memory of these people. A part of the tradition of Patriot Day is the memorial service; as a new tradition, Oak Leaf Wreath badges of honor will be handed to the people who fought for freedom and supported Estonia's fight for freedom. For the first time, we will be bestowing 129 badges of honor in the Estonia Concert Hall, nominations for which have been made with respect by people of Estonia," the minister said.