Estonia: Lux Express to go to court against state 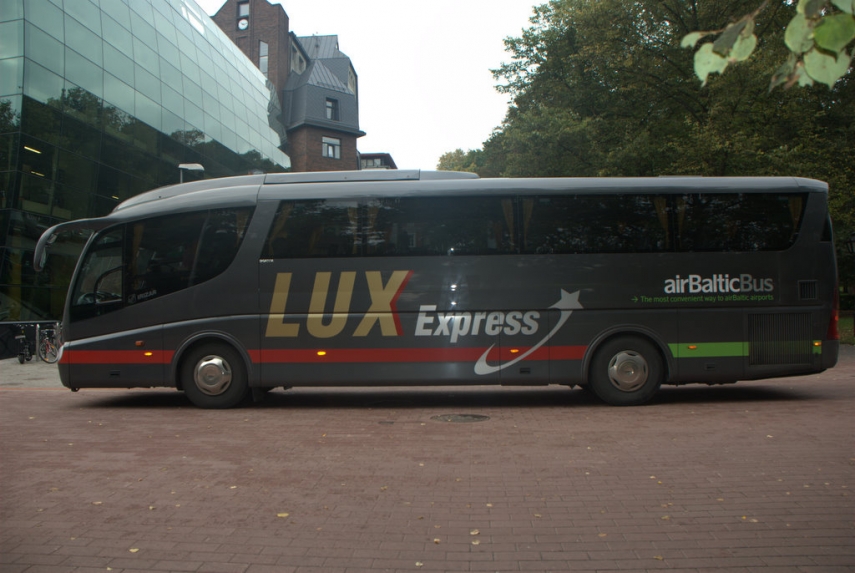 TALLINN – Hugo Osula, owner of the Estonian intercity bus operator Lux Express, is planning to go to court to seek compensation of the roughly half a million euros that his companies spend every year on the free transportation of children of preschool age and disabled people.

"Commercial bus operators have been having this obligation of free transportation since the early 1990s. Then it was logical. The state had no money, the passengers had no money, and mobility had to be ensured. You know, [operators] clinched their teeth together, the buses were old, they managed somehow," Osula told the news portal of public broadcaster ERR.

"This question has come up so many times. The chancellor of justice has said that it's unfair to make a business operator living on ticket revenue to provide a social service for free. And a promise was made by the state to solve this with the Public Transport Act that was adopted a couple of years ago. Surprise, surprise -- it wasn't."

Osula said that the bus company cannot accept a situation like this, having invested so much money in the quality of service and good buses, especially as the number of passengers entitled to a free ride has risen a lot in recent years.

"We've been addressing this with lawyers for a long time," Osula told ERR.

He said that in a situation where the state is extensively offering subsidized bus and train services it is a major injustice to force commercial bus operators, who maintain also the bus stations and the ticket selling system, to pay half a million euros for social services.

"And since the same issue was in court in Germany and was very clearly settled there in favor of the carrier, we turned to Sorainen this winter and asked to conduct a thorough legal analysis. The conclusion is: this is injustice, this is total injustice," Osula said.

Osula said they have prepared a claim on the state and will go to court if the claim is not paid.

"And we aren't going there unprepared, we are very thoroughly prepared," Osula told ERR. "Free public transport cut into our [revenue], it took away 10-15 percent of revenue on critical routes. Now this obligation of free carriage."

It was reported on Friday that Lux Express and Eesti Buss, bus companies of Mootor Grupp owned by Osula, are seeking respectively 459,281 and 77,938 euros from the state for the free transportation of children and disabled people in 2018.

In accordance with the Public Transport Act, operators of domestic routes are obliged to carry the following persons free of charge by road, water and rail: a child who has not attained the age of seven years by Oct. 1 in the current academic year; a child whose commencement of the compulsory school attendance has been postponed; a disabled person of up to 16 years of age; a person with a profound disability and at least 16 years of age; a person with a severe visual disability; a person accompanying a person with a profound or severe visual disability; or the guide dog or assistant dog accompanying a disabled person.

The law also states that the carrier does not receive any compensation for the carriage of the passengers of these categories.

Lux Express and Eesti Buss have addressed their claim to Minister of Economic Affairs and Infrastructure Taavi Aas and Minister of Social Protection Tanel Kiik on the grounds that provision of social welfare is a constitutional duty of the state, for which the state must have resources earmarked in the state budget, and a social right of claim cannot be directed against business operators.

According to the bus companies, with the relevant provision of the Public Transport Act the state has evaded its constitutional obligation.

The claim of the bus companies is based on an analysis by Sorainen law firm according to which intensive infringement of a fundamental right could be justified only if the carrier was provided a just compensation. According to the law firm, the just amount of compensation is the amount of ticket revenue not received during a year as a result of the obligation placed on carriers.